What began as a rallying cry for “democracy” has now turned into a purge of dissenters.  The failed coup in Turkey, whether a “Reichstag” moment or simply a pathetic attempt at a coup, has given Erdoğan the excuse to declare a state of emergency, suspend human rights, and purge dissenters from any position of power.  Standing up for democracy, then, is leading to the destruction of democracy. 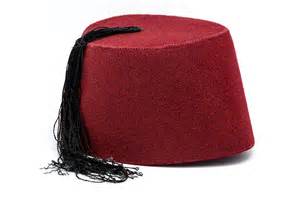 Erdoğan is not only torturing and raped soldiers, but going after schools, charities, unions, the very media that defending him during the coup, and even Turkey’s Supreme Court.  And these decrees “have the force of law and can’t be appealed.”  By “defending democracy”, the useful tools are now finding themselves without the rule of law; by “defending democracy” they got an authoritarian dictator.  Rather than allow the military to be a “defender of secular democracy” as Mustafa Kemal Atatürk envisioned it, Erdoğan now wants absolute control over the military.  Past coups led to stabilization and a return to democracy; ironically by “defending democracy”, democracy might fade away for good.

The coup, assuming that it was an actual coup, was pro-democracy.  Defending Erdoğan, though elected with just under 52% of the vote, was anti-democracy.

Nuriye Akman. Give her a cup of coffee and she would ask the most amazing questions. Interview nerd. Arrested. pic.twitter.com/hSdzIkw8xU

There is resistance to Erdoğan, but with the hollowing out of any dissent in the military, it is a long shot at best to succeed.  And the possibility of Erdoğan being defeated by parliamentary elections is also doubtful, considering that he believes that democracy is a bus ride, where “once I get to my stop, I’m getting off”.

Yup, and that bus slowing down real fast now…

This entry was posted in Elections, Uncategorized and tagged DOOM, Europe, Leviathan. Bookmark the permalink.