Feminists, Have a Cigar

Blithely talking about “depopulating” and then “repopulating” whilst replacing the underlying ideologies may seem what an academic claims is the view of some eeevil White colonialist, but in fact it the rallying cry of Feminist Professor Jane M. Ussher’s paper “Sexing the Phallocentric Pages of Psychology: Repopulation is Not Enough. 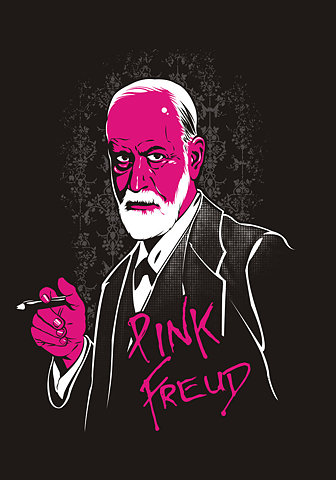 We have asked Sigmund Freud, who has been lured back from the dead with cocaine laced cigars, to give us his opinion on this Feminist’s work:

The author of this paper is responding to an eminent male in the field of study, and clearly this is a case of penis envy.  Her response to this psychological castration is to castrate the entire field of psychology, as can be clearly seen by the Abstract:

“Whilst the case for the repopulation of psychology made by Billig is supported in principle, it is argued that repopulation without serious reassessment of the underlying phallocentric bias in psychology is not enough. It may even act to reinforce reactionary tendencies within the discipline through coating them in a veneer of liberalism. Following critiques of the inherent sexism in both science and psychology, feminists have already moved to repopulate the discipline, taking a more radical step than is suggested by Billig’s `Median Case Reconstruction’. Critiques of objectivity and neutrality, increased reflexivity, and acknowledgements of subjectivity are commonplace in feminist psychology. Yet as feminist critiques and genuine repopulation threaten the very foundations of psychology, it is not surprising that they are not readily accepted by the academic gatekeepers. It is concluded that only a paradigm shift will allow Billig’s arguments to be taken seriously in mainstream psychology, and a feminist analysis suggests that this is a long way off.”

It is clear that she wants to eliminate not only the men, but their phallic representation and even existence.  She is clearly in self-denial and this is a classic case of transference against not only Billig, but all male psychologists everywhere!

It is not just necessary for her to purge men, but to eliminate the need by transference of vaginal orgasm in order to return to a reverse Oedipal clitoral orgasm.  She refers to “the text” of psychology as “balding and messy” as the essence of the male experimenter.

The male, to the author, must be denormalized and society cease to reflect this masculinity to which she is threatened.  Her need to “depopulate” is clearly a sign of penis envy of male warriors, while her need to “repopulate” demonstrates a repressed need to reproduce that is clearly being transferred to the field of psychology, abet with a pseudo-masculine seeding as a form of compensation for lack of a penis.

Resistance to her ideas are clearly the transference of her castration complex, and a need to both rage against the phallic symbolism while envying the same.  This desire for masculinity while hating the same can be demonstrated by the author waxing poetic about lesbian conquests while bemoaning that the accolades given males is turned to scorn against a female conqueror of maidens.

Further transference is seen by her talking about a “rod and frame test”, in which her inability to have an erection is shown by the male researcher symbolically castrating her by his mere presence, thus forcing women to do worse than men.  This transference becomes truly system wide by blaming the lesser analytic abilities of women as regards to mathematics, science, and similar professions.

She envies the penis, yet she hates how those with a penis have stolen virility through symbolic castration.

In essence, she has “daddy issues”.

I recommend she has a cigar.

An excellent analysis by Dr. Freud.

Now for a bit of mood music: