Table of Privilege and Oppression

A handy-dandy table of oppression given out by a school assembly claims that “Kyriarchs” can never be oppressed because they are defined as not being targeted by such things as racism or sexism.  Even if they are targeted, they are not “targeted” by definition.

Click on the image for a full sized image. 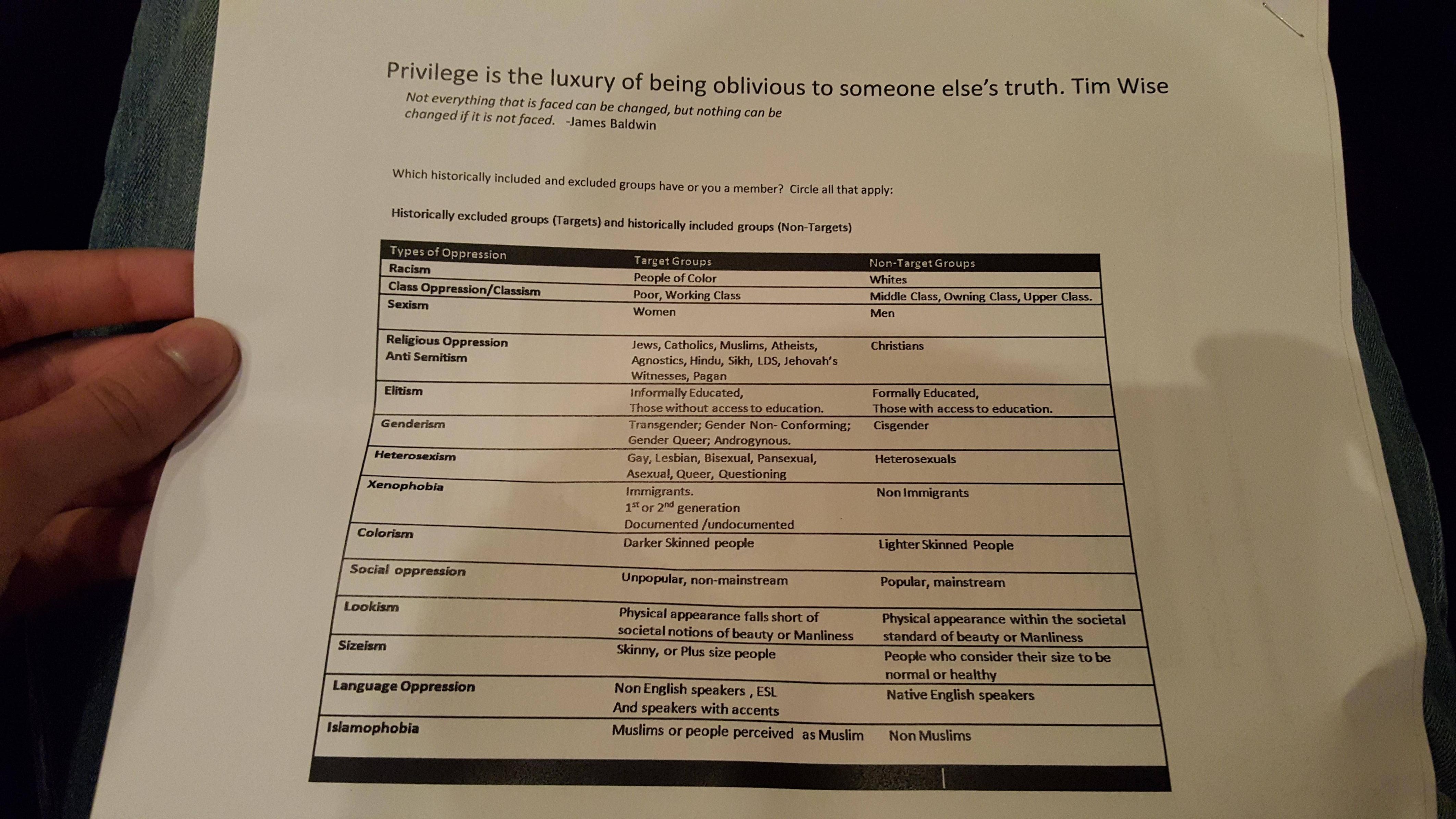 The fourteen types of oppression include not only the classics like racism and sexism, but the new “ism” like “lookism,” “sizeism,” as well as something called “Language Oppression” which basically involved being a native English speakers…

The “Target Groups” and “Non-Target Groups” are based on the idea that oppression is “systemic” and that even if, for an example, a non-Whites in a non-White majority neighborhood could terrorize a someone who is White based on racial hatred by definition can’t be racist, because “Whiteness” or “White Supremacy” is “systemic” and counters and all rape and murder via some mysterious miasma of Whiteness; in contrast the reverse is definitionally  racist “White Supremacy” and the Miasma of Whiteness protects them from any and all consequences.  The same applies to the other “types of oppression”.

5 Responses to Table of Privilege and Oppression