At School, It’s Wrong To Be Right

One of the problems with Common Core and the Standardized testing, is badly written questions.  But a bigger problem are teachers and principals who stand by that idiocy no matter how wrong it is.

A case in point demonstrating the problem with teachers relying on standardized testing materials rather than using their own brains. 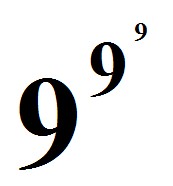 Pictured: A number larger than 999

Of course, the authoritarian strain in modern edukashun would not allow that to stand, and so called in the parent.

The problem was with the poor wording of the question, with the teacher and principal acknowledging the provided answer was indeed incorrect, but that they would follow the incorrect answer anyway.

Therein lies the biggest concern: Teachers are just going through the motions and regurgitating what they are told to do.  This isn’t even peddling pedagogy; this is automata in action.

P.S. The students answer is correct if one assumes that one can only use three numbers, since that is not specified in the question.  If allowed to variable and other symbols the highest number you can make with three digits using the standard base-10 numbers, there is a no “largest” number as you will quickly accelerate towards infinity.  If other bases are allowed, even if you grant that only numbers are allowed, there is no “largest” number as the “largest number” is limited by the size of the base, which is infinite.  Heck, if you use Roman numerals: M to the power of M to the M would be much, much larger than nine to the power of nine to the nine.  Using the Greek letter M (equal to 10,000) – a literal myriad – would allow for an even higher number.

This entry was posted in Education and tagged derp, FAIL, Leviathan, Mood Music. Bookmark the permalink.

One Response to At School, It’s Wrong To Be Right