It turns out the Donald Trump didn’t always disapprove of what Communist China does.  In fact he is on record on congratulating them for not blowing it, in his opinion, regarding the Tiananmen Square Massacre:

“When the students poured into Tiananmen Square, the Chinese government almost blew it. Then they were vicious, they were horrible, but they put it down with strength. That shows you the power of strength. Our country is right now perceived as weak … as being spit on by the rest of the world” 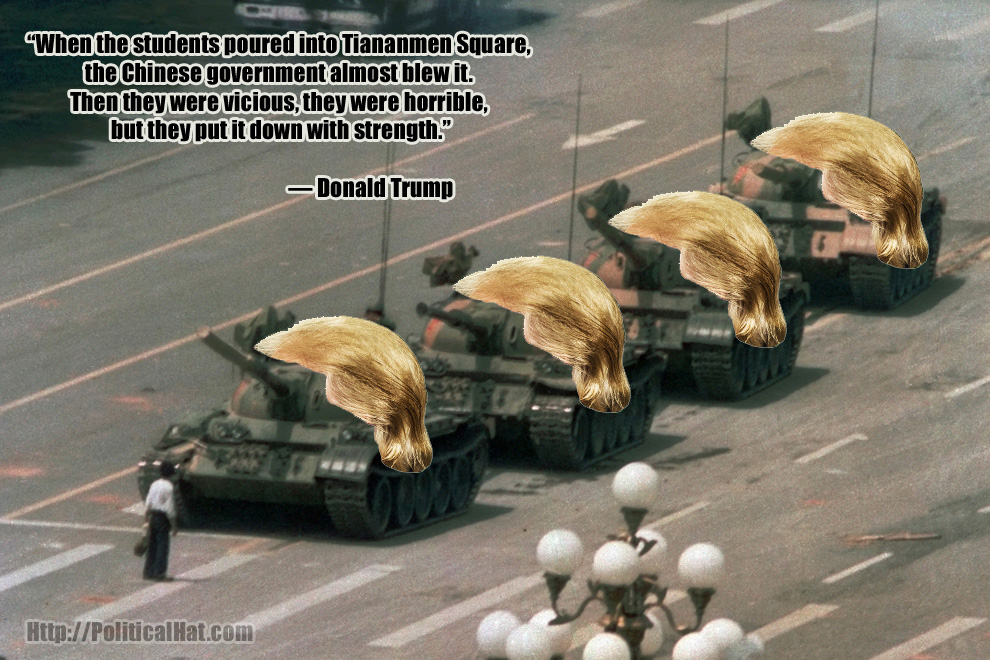 Oh, that Mao Tse-Trump… or is that Donald Zedong? 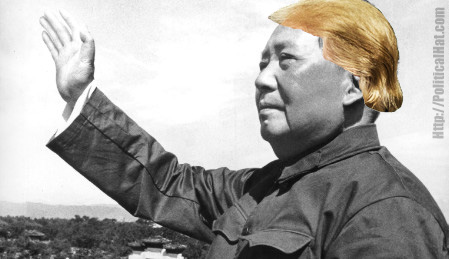 This entry was posted in Elections and tagged Communism, GOP. Bookmark the permalink.