The Norwegian Prime Minister is pushing emergency legislation that would allow Norway to close the border with Sweden and reject all Swedish refugees in case Sweden collapses due to being overrun with their own immigrants and refugees:

“Norway is now preparing to denounce the Geneva Convention and to secure the border with Sweden by force – without letting people apply for asylum. That is the main point of a new proposal for emergency legislation that Prime Minister Erna Solberg wants in place in the event that the Swedish authorities collapses by the pressure of immigration, writes Berlingske.

“It is a force majeure legislation that we will be on standby in the event that everything breaks down and the tide just going and end in Norway because we are at the top in Europe. Norway will be the final destination, right? Erna Solberg said in an interview with Berlingske.

“The legislation will soon be presented to the Storting and is expected to have broad support, as well as other tightening of asylum policy as Norway did recently.” 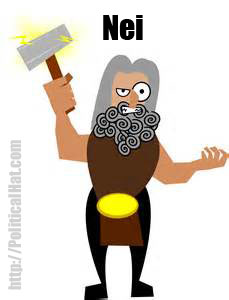 The question is, will Norway actually have the will to implement such emergency measures, or will they go full “Camp of the Saints”…

This entry was posted in Progressives, Uncategorized and tagged DOOM, Europe. Bookmark the permalink.