Australia’s Great Barrier Reef will now be protected by an A.I. robot:

“The underwater autonomous vehicle is programmed to patrol the massive living structure in search of destructive crown-of-thorns starfish (COTS), which it then kills by lethal injection. These starfish prey on coral polyps, and although they are native to the reef, their population has exploded in the past few years, possibly because of overfishing of their natural predators. The latest report from Australia’s Great Barrier Reef Marine Park Authority places the venomous invertebrates alongside climate change and human activity as a significant threat to the reef, which lost half its coral cover between 1985 and 2012.” 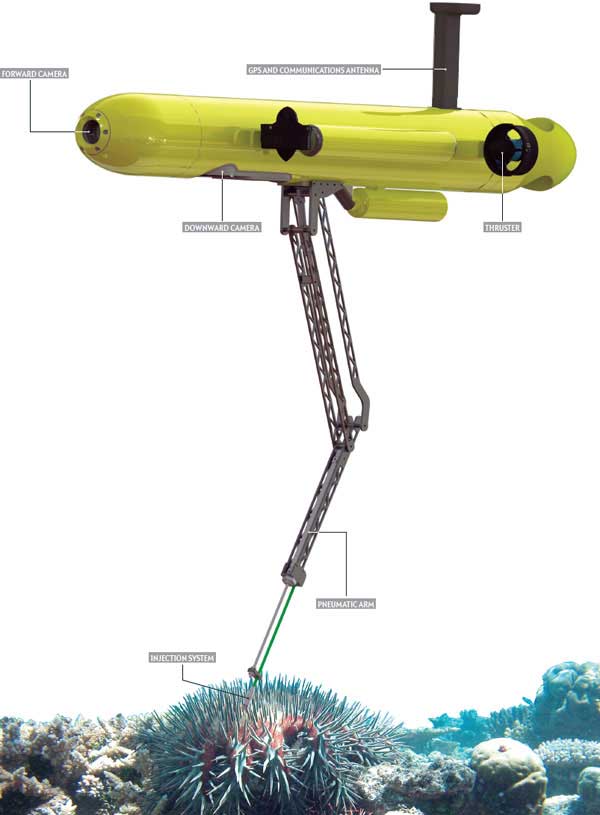 Or course, we all know this is just a ruse to protect Australia from its real enemy… Starfish Hitler!

This entry was posted in Science and tagged Science, WTF. Bookmark the permalink.