Such logic probably explains why not only are children being forced to recite the Shahada, but to sing the praise of Islam… and apparently also terrorism, with lyrics such as:

“Like a sandstorm in the desert, sending camels into motion,
like how a single faith can make a heart open,
they might only have one god,
but they can make an explosion.” 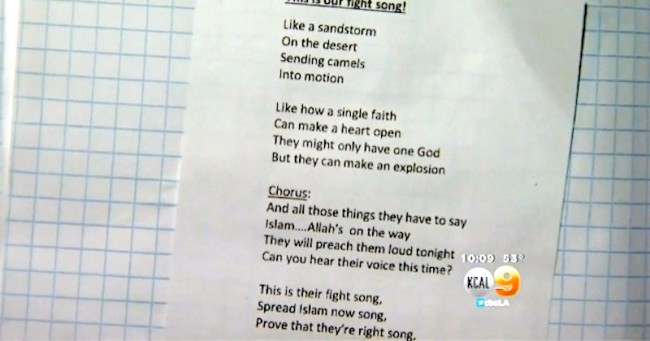 “And they don’t really care,
If no Jews of C’s believe
Cause they still have
A lot of others to reach”

So #FacePalm inducing this was, that even CAIR was slackjawed.

But the terrorism was just a mis-understanding, right?  Not at another school where kids were required to literally draw a propaganda poster for ISIS!

“Students in ninth grade at Salem Junior High School were given a homework assignment where they were told to draw a propaganda poster for a terrorist organization.” 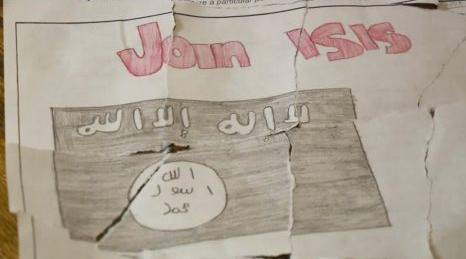 “The assignment was given by a first year teacher, but Annie Langston doesn’t want to see anything bad happen to her. She believes it was an honest mistake and in every other respect, this is a good teacher for her daughter. 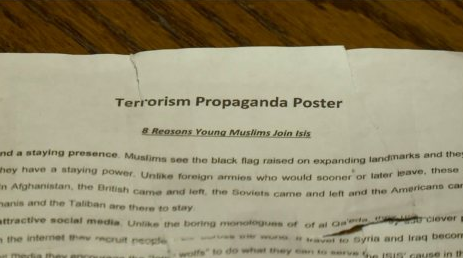 1 Yes, anyone who isn’t an idjit knows that this isn’t actually in the Constitution.

2 That it doesn’t say anything about “separation of church and state either, eludes these idjits…