From Patron Saint to Designated Villain

St. George is the patron saint of England.  St. George’s cross is the flag of England.  One would think that a child in England, attending “St. George’s Bickley Primary School,” would be allowed, even encouraged, to play “swords and dragons” in remembrance of the  story of St. George slaying the dragon.

Of course, all that would assume that the people running the school would be sane enough to not call the police when a child pretends to be St. George and wields… a ruler as a pretend sword.  Not a good assumption.

“Police were called to a primary school after a nine-year-old boy was caught using a ruler as a pretend sword in a playground game of ‘knights and dragons’.

“[P]olice routinely visit schools to assist with ‘early identification, support and where necessary challenge of pupils involved in or at risk of offending’, and where appropriate for ‘the safety of pupils, staff and the school site and surrounding area’.” 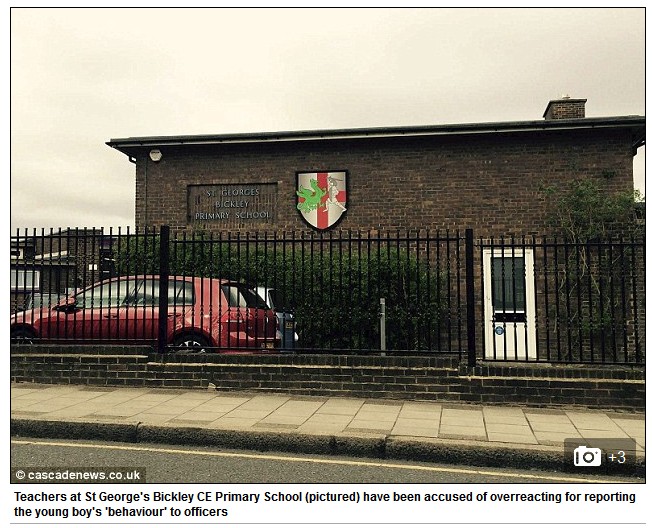 Screencap via the Daily Mail

Is there no greater offense than using you imagination, especially when it involves the patron saint of your own country?

Next thing you know, they’ll want to ban the flag of England itself!

This entry was posted in Uncategorized and tagged Europe, FacePalm, Patriotism, WTF. Bookmark the permalink.