A member of Planet Fitness gym was purged from membership for being insufficiently enlightened with proper thinking.  What was the throughtcrime that Yvette Cormier committed?  Simply expressing concern that a man was using the women’s and she felt unsafe that a “penis person” could stroll around naked with unwilling naked women.  As CNN notes:

“She [the woman who complained] went to the front desk after someone who looked like a ‘man’ entered the women’s locker room while she was changing.

“‘I wanted to know why there was a man in the women’s locker room,’ she told CNN. ‘He looked like a man, and that’s what stopped me in my tracks.’

“She said the front desk employee told her about Planet Fitness’ ‘no-judgment’ policy, which allows people to use changing room based on ‘their sincere, self-reported gender identity.’

“‘If you have male parts you don’t need to be in the women’s locker room. I don’t care what you are; I don’t care if you’re gay lesbian, transgender or transvestite. I am uncomfortable with you as a male in my locker room, in my restroom.'”

Note how CNN refers to a man as a “man” because the guy says he feels like a girl inside.  Ironically, Cormier is anything but some right-wing reactionary:

“Cormier does not see it that way. But she agrees with LGBT advocates on one potential solution: unisex, single-stall bathrooms.”

But that isn’t good enough.  Women’s rights and concern about “rape culture”?  It’s only useful when attacking straight cis-gendered men.  But raising those concerns is doubleplusungood when used against those higher up in the victim hierarchy, namely Trannies.  Like it or not, you will not only be made to care, but to accept the approved “truth”.

Planet Fitness responded with this statement:

“Planet Fitness is committed to creating a non-intimidating, welcoming environment for our members. Our gender identity non-discrimination policy states that members and guests may use all gym facilities based on their sincere self-reported gender identity. The manner in which this member expressed her concerns about the policy exhibited behavior that management at the Midland club deemed inappropriate and disruptive to other members, which is a violation of the membership agreement and as a result her membership was cancelled.”

The irony is that this tranny, who goes by the name Carlotta Sklodowska, is only a part time cross-dresser that is actually a heterosexual man!  He has taken no hormones or had any surgery.  To whit: He is a pervert and a creep… and not even a member of the gym! 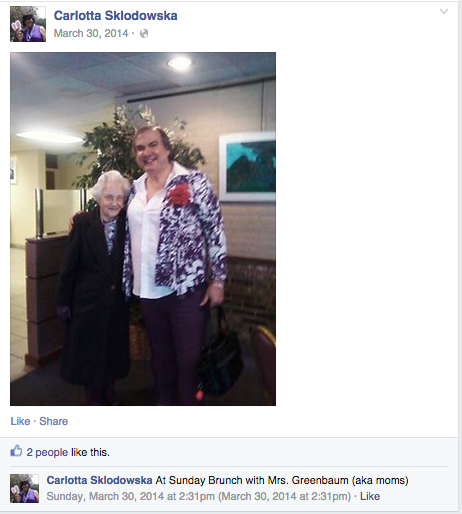 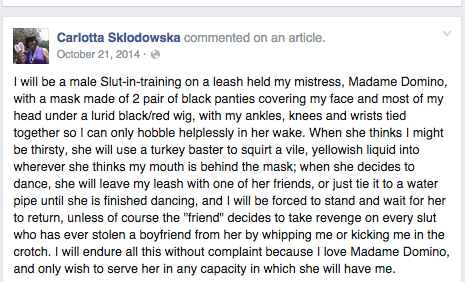 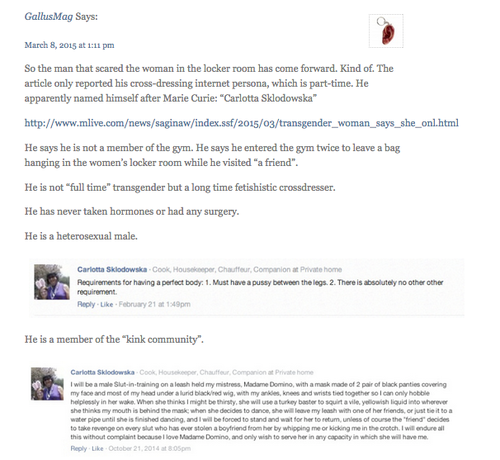 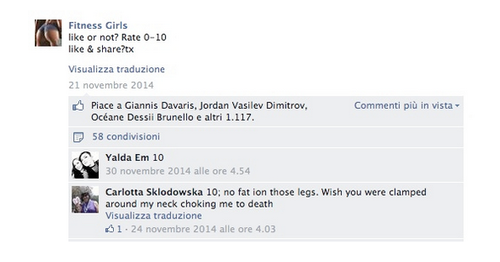 A number of women have already revoked their membership because they don’t feel safe.  but remember the right of a pervert to loiter in the women’s locker room trumps that of a woman to feel safe.

So, just who is waging a #WarOnWomen?

This entry was posted in Progressives and tagged Gender, Kyriarchy, Social Justice, War on Women. Bookmark the permalink.

3 Responses to Woman Purged from Gym Membership for Expressing Thoughtcrime