Will The REAL Anti-Vaxxers Please Stand Up?

During one of the earlier GOP primary debates for the 2012 election, “neutral moderator” Scrappy Doo George Stephanopoulis asked out of the blue if the candidates thought that it was Constitutional to ban birth control.

It seemed like a bizarre question as none of the candidates had ever proposed anything of the sort.  The logic behind the question became evident as the Democrats increasingly pushed the “war on women” meme and ranted and raved about how Republicans wanted to ban all birth control in addition to tampons while keeping working women in “binders”.

Now, they have tipped their hand, just as Stephanopoulis had, as to what their next line of attack would be: That Republicans were “science-deniers” who opposed vaccinations.

While some Republicans took the bate, arguing for parental rights and control, the real result of this foray into “science denial” has been to demonstrate that the true “anti-science” extremists on vaccination are… the elitist Left! 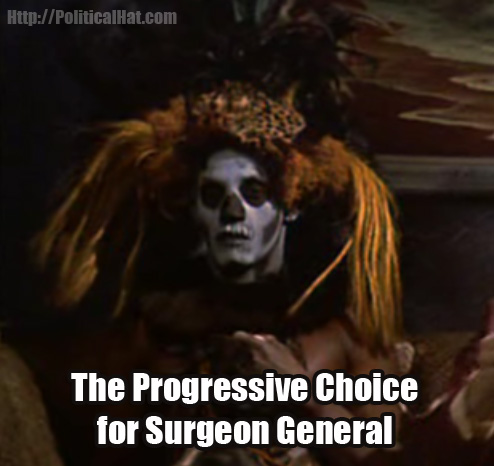 The highest rate for vaccinations in America is “backwards” and “ignorant” Mississippi.  In contrast, it is the “natural holistic” loving elitist Progressive rich who are denying scientific evidence that vaccines are a demonstrable good and don’t cause autism or other maladies.

Of course, even such “scientific” minds such as Obama — stop laughing — raised concerns about the dangers of vaccinations causing autism.  And while far-Left nutjobs at “Mother Jones” make fun of Chris Chritie showing support for anti-vaccination parents, they were quickly trying to distance their own “open mindedness” regarding vaccines as the cause of autism.

Even their talking heads, such as TV’s biggest clown star Jon Stewart, who now are belittling “anti-vaxxers” were once chummy with actual anti-science loonatics such as Robert Kennedy, Jr.

Even when a Republican directly schools a blithering idjit Leftists such as Bill Maher, the “message” that is sent out is the complete flip opposite of reality:

So, a quick tip to Republican Presidential candidates:  Turn the “anti-science” schtick right back at ’em!

This entry was posted in Progressives, Science and tagged Democrats, derp, FAIL, Science. Bookmark the permalink.