Posted on November 5, 2014 by The Political Hat

The Republican wave became a tsunami. In Nevada, it became a flood of Biblical Proportion! There is but one thing to say about this: It’s pudding time! 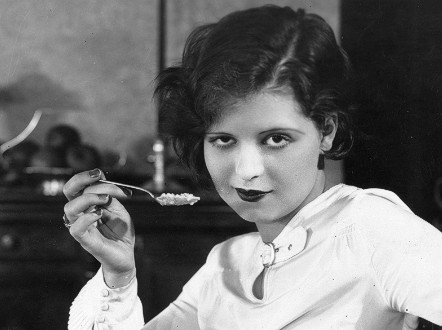 How bad was it?

Stat of the night: This marks first time in almost 100 years (1929) that NV has had GOP governor, senate majority leader & Assembly speaker.

A quick run-down as you enjoy your pudding:

The Republicans easily won the state Senate. The biggest surprise is that the Republicans seem to have won TEN Assembly seats to flip the lower house from 15 R – 28 D to 25 R – 17 D. However, in three of those districts, the Republican won by less than 100 votes: By 40 votes in AD8, by 68 votes in AD10, and by 11 votes in AD26 (which was a Republican held seat). Even if those seats were to fall to Democrats due to a recount or to “shenanigans,” the Republicans would have a majority of 22-20.

Looks like a new trifecta in Nevada! Governor and both chambers of state legislature now Republican. http://t.co/qRmQRXyqcU #Elections2014

The only saving grace for Democrats is that they kept their monopoly on partisan county offices in Clark County, and won non-partisan races in Washoe County. I had predicted that a Republican would pick up at least on countywide executive office. Though the Republicans came close, the Democrats kept.

As predicted, the Republicans seem to have increased their majority by double digits. As also predicted, Republican Cresent Hardy defeated Democrat Steven Horsford in the 4th Congressional District.

For the Senate races, the Republicans did indeed win WV, AR, IA, SD, CO, MT, and AK on election night. I predicted that Republicans would win one of NH, NC, and KS; they won two. Additionally, my “dark horse” pick that Perdue would win Georgia outright came to pass.

This would result in a 54 R to 46 D lead, with both Independents caucusing with the Demccrats.

However, there is a possibility that Maine Independent Angus King and West Virginia Democrat Joe Manchin may caucus with Republicans. Manchin may even switch parties. If so, this would give Republicans their biggest Senate majority since the United States has had fifty states… and bigger than any time since Hubert Hoover was President!

I was wrong. I was happily wrong. Republicans only lost PA and AK. The former was lost to a Democrat due to the Republican going out of his way to become hated. The later was lost to the “fusion ticket” endorsed by Sarah Palin. Republicans kept FL and KS. Though they seem to have lost, as of posting, CO, they picked up not only AR an MA, but also IL, MD.

The Republicans have netted two governorships overall. The Democrats were only able to pick-up PA.

Two of my three “dark horse” picks came to pass. Perdue won Georgia without having to go to a run-off. Additionally, Gillespie not only kept Warner to single digits, he kept him to 1%. The Virginia Senate race will be one of those great “what ifs” had the Republicans only spent a bit more money in the state. The only “dark horse” that didn’t come to be was the Independent American Party (IAP) candidate not winning in Nevada AD12. Had the Republicans run a competent candidate, the IAP not, it likely would have been another Republican pick-up in the Nevada Assembly.

To Summarize, while not perfect, this election has been a good one overall.