Posted on November 6, 2014 by The Political Hat

Now that the election is (mostly) over, let’s take a gander on who the big winners and loser were. 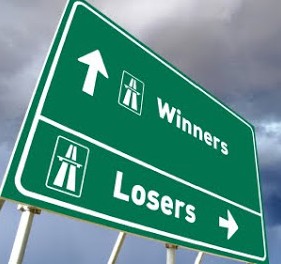 Aside from the Republican candidates elected, there were some big winners coming out of election night.

Nevada’s termed out Democrat Attorney General decided not to run for any office this year. That was a wise decision. She has avoided being associated with a humiliating less. As WOPR said: “The only way to win is not to play.” She is now the de facto heir to Harry Reid in Nevada.

The Governor not only secured his own re-election, but also the election of a Republican majority in both legislative seats and a clean sweep of statewide partisan races.  The Democrats have dominated for the past decade due to Harry Reid’s political machine, but with Reid busy trying, and failing, to save the U.S. Senate for the Democrats, the Democrats vulnerability became manifest.

The state Republican Party has been, at best, coolly neutral towards Gov. Sandoval.  Since the state party, which has been at best ineffectual, was not going to be any help, Sandoval and his allies had to go around the party and rely instead on independent groups.  One of these was Engage Nevada, who stepped in when the empty suit of a state party couldn’t.

The Clark County Republican Central Committee chairman was elected with the promise to get Republicans elected.  While the GOP in Clark County has been racked with infighting, Republicans nonetheless picked up twelve legislative seats and secured pluralities for five of the six statewide Republican candidates in a county where Democrats have a voter registration lead of over one hundred thousand.  While McKeon did not single handedly make this happen, he certainly kept his word of focusing on electing Republicans to office.

A rag-tag group of volunteers were able to outcall many of the professionals election calls.

One of the best resources for elections out there. Ballotpedia became the one stop shop for election information and summarization of election night results.

Sandra Fluke lost her race for state Senate in California.  Democrat Nevada Lt. Governor candidate Lucy Flores, whose only qualifications were gang banging and having an abortion, lost here race by double digits.  Wendy “Abortion Barbie” Davis was crushed in Texas, losing even the women’s vote in her race for Texas Governor.  Mark Udall became such a parody of the #WarOnWomen meme that he became known as “Mark Uterus.”  The #WarOnWomen meme has jumped the shark.

Republicans won big in Nevada.  But most surprisingly they did so despite the Nevada Republican Party.  It has become a battle ground for a soap box upon which ideologies wish to stand and rant at themselves, while everyone else ignores them.  Elections?  At best a secondary thought to them.

Yes, he is both a winner and a loser.  While Republicans picked up three state Senate seats and nine Assembly seats in Clark County, they lost two County Commission districts where they had early voter leads as well as all countywide partisan executive offices… some of which they didn’t even field a candidate.  Many of these races would have been winnable if the Republicans had fielded decent candidates and given them their full support.  “If.”

The meltdown was epic and hilarious… for everyone else that is.  To summarize their response to the Republican wave:

Reid has build up a formidable political machine in the past ten years, and the Democrats have been dominant in Nevada, winning most statewide offices and taking majorities in both legislative houses, including a supermajority in the Assembly.  However, Reid was too busy trying, and failing, to save his position as Senate Majority Leader.  Without Reid, the Democrats had nothing.  They were too reliant on Reid and suffered for it.  While they will have Reid and his machine during the 2016 election, they may not have Reid after the 2016 election. In no small part, this will be due to Brian Sandoval building a political machine of his own. Reid tried to sideline then state Attorney General Brian Sandoval by having him appointed to a Federal Judgeship.  Sandoval resigned in order to defeat Reid’s son for Nevada Governor.  Sandoval, one way or another, is set to vanquish Reid once and for all.

She lead the Assembly with a majority that was one seat short of a supermajority.  Now the Democrats are in the minority.  She will not be able to seat ineligible Democrats, like she did in 2013.  One of the most powerful Democrats in the state won her own race for the Assembly, but lost everything else.

That’s that until the next election!

P.S. I originally listed Ed Gillespie as a winner. I still think that he is, but since the rest of the list was Nevada centric, I decided to swap him out.