The typical whine of the Progressive Left when it comes to Same Sex Marriage is that their enemies are “intolerant” and won’t treat people equally regardless of people’s possible predilection to snog those of the same sex.  Tolerance, then, was mandated, even if it meant working with people who are forcing you to endorse a moral message you disagree with.  In the case against the New Mexico photographer who refused to photograph a gay wedding (before such a thing was legal), New Mexico justice Richard Bosson stated:

“[They] are free to think, to say, to believe, as they wish; they may pray to the God of their choice and follow those commandments in their personal lives wherever they lead. The Constitution protects the Huguenins in that respect and much more. But there is a price, one that we all have to pay somewhere in our civic life.

This, of course, was not a call to tolerance, but a demand that some violate their beliefs as a condition of citizenship!  It was “the attempt of a group of people who have long contended that they merely wish to be left alone to live their lives in peace suddenly feeling a little power and deciding that now that they have a short-term burst of political muscle, they may now indulge in the bullying and coercion they once thought was kind of a bad thing.” 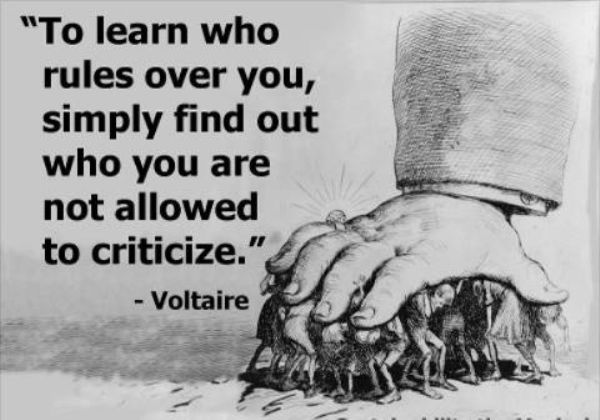 Those plaintiffs who demanded that bakers, florists, and photographers suspend their 1st Amendment rights in order to earn a living were nothing more than bullies.  This opinion has been enshrined by the City of San Antonio which sought to exlude from eployment of contract anyone who uttered a “biased” statement… in the opinion of the grievance-mongers, of course.

Mozilla CEO Brendan Eich donated $1000 to Prop. 8 years ago  Because of this, he is being declared persona non grata and detractors effective demand that be be outlawed from “proper society.”  Some companies are even refusing to work with Mozilla unless the intellectual impurity of social dissent is purged from Mozilla!

Mozilla employee Chris McAvoy outs himself as a freedom-hating hypocrite:

I'm an employee of @mozilla and I'm asking @brendaneich to step down as CEO.

Unsurprisingly, his hypocrisy and intolerance are made explicit:

It's important to note that I'm fortunate to work at a place like @mozilla where I can say that without fear of retribution.

He demands the right to say and advocate what he wants with complete impunity.  He also demands that someone else be fully ostracized and punished for saying or advocating what someone else wants.  He, Mr. McAvoy is a hypocrite and a contemptible human being.

If personal is personal and public is public, and thus the two treated differently, in the case of a wedding photographer, then why shouldn’t the same apply to companies who deal with Mozilla?

Can people or companies effectively blacklist any individual or company that dares to express an opinion that is politically incorrect, or more accurately insufficiently denounce those “incorrect” opinions?

Does believing that marriage is an institution that is defined by a union of a man and a woman mean that a person should be prohibited from working?   According to some, it does.  Heck, some people who declare that “[w]hen you support people who are ‘against’ another person or group because they are ‘not like you’, that is bigotry”, and then go on to demand that those who are “against” gay marriage are a group that must be punished or ostricized because they are “not like you,” under the defense that they are not “bigots.” This makes it clear that the real “bigots” are the Leftists who would discriminateagainst those who do not celebrate every and all politically correct policy point.

The Progressive Left just uses the excuse of “tolerance” when they are gaining power.

Can a company purge those who have a political ideology that they disagree with?  During the “McCarthy” era when a plethora of Soviet spies and agents both before and after were plotting the overthrow of America, there was a “blacklist” of Communist stooges and “useful idiots” for expressing dissent against America.  Those freedom-hating fools are celebrated now-a-days.  If they can be celebrated, can not those who fought against that Soviet tyranny be celebrated, or even tolerated?  Can those who dissent against the politically correct insanity not be even tolerated?  If banning people for expressing politically incorrect beliefs is acceptable, would not banning those who were blacklisted be acceptable?

If “tolerating” those who demand the destruction of freedom and liberty is so “politically correct,”  than why isn’t the opinion of those who support those beliefs upon which liberty stand tolerated?  Obviously, “tolerance” is just an excuse to push the “correct” thinking.

“To lean who rules over you, simply find out who you are not allowed to criticize”

We have been warned…

4 Responses to The REAL Bigots Regarding Same Sex Marriage