The Department of Homeland Security has been aiding and abetting human trafficking, including of minor children.  While some sympathy might exist for reuniting a child with their mother, it is not the job of the Federal government to help people break the law.  Of course, human trafficking typically involved drug cartels, and those cartels aren’t exactly known for being really nice people.

“In the last year alone, the judge had ‘seen instances where aliens being smuggled were assaulted, raped, kidnapped and/or killed.’ Judge Hanen cited a long report on drug cartels that describes their ‘exploitation and trafficking of children’ and the ‘violence, extortion, forced labor, sexual assault, or prostitution’ to which they subject children and adults.

“‘Time and again,’ the judge related, ‘this Court has been told by representatives of the Government . . . that cartels control the entire smuggling process. These entities are not known for their concern for human life. They do not hire bonded childcare providers to smuggle children. By fostering an atmosphere whereby illegal aliens are encouraged to pay human smugglers for further services, the Government is not only allowing them to fund the illegal and evil activities of these cartels, but is also inspiring them to do so.’ By virtue of this DHS policy, American citizens are “helping fund these evil ventures with their tax dollars.” 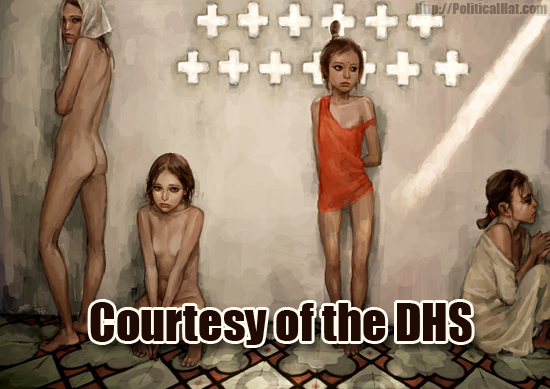 Of course, the deference to these human trafficking scum by the Obama administration may not be so out of character: Obama’s brother has admitted to buying an underaged teenager to use as one of multiple wives.  Beatings of his wives, btw, were apparently encouraged.

This entry was posted in Uncategorized and tagged Democrats, Gender, Leviathan, Obama, War on Women. Bookmark the permalink.