Nevada Secretary of State, candidate for state Attorney General, and clown-car democracy proponent Ross Miller has made the brave stand to protect the rights of… mannequins and zombies.

Little Ross got the vapors over a mannequin of a zombie gun control advocate sold for target shooting.

Irrespective of your views on the 1st/2nd Amendment, this is revolting http://t.co/cznm47fuqa

@ThePoliticalHat really? profiting off encouraging people to fantasize about violently murdering those with divergent political views?

Since when did mannequins and zombies become “those with divergent political views”?

.@rossjmiller The target is a ZOMBIE. It is fantasy. IT IS NOT REAL. That it is of an anti-Bill of Rights zealot is ironic and funny.

.@rossjmiller It does not encourage ANYONE to fantasize about violently murdering anyone. Again, it is an ironic ZOMBIE target.

Little Ross gallantly stands up for “unarmed mannequins,” since target shooting is somehow not “civil” and not “legal.”

.@rossjmiller "unarmed mannequins"??? #FacePalm It isn't even of a living person! What is TRULY funny is your ridiculous statements!

Frighteningly, that the man who wants to be Nevada’s Attorney General, finds that excercising our fundamental liberties is uncivil or illegal

.@rossjmiller How is exercising our #2ndAmedment rights in a safe and fun matter uncivil or not legal?

Of course, Little Ross, friend and protector of zombies, doesn’t seem to care about the liberties… or the lives… of real human beings.

@ThePoliticalHat target practice on terrorist bin Laden or a life-threatening burglar is perfectly fine, but not murdering unarmed civilians

.@rossjmiller If you are going to complain about targets, why not targets of pregnant women? http://t.co/iSijODdtZn 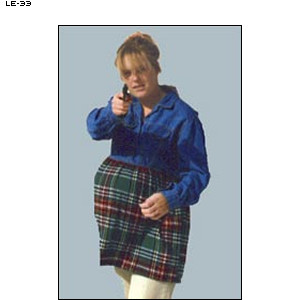 Sadly, he has his supporters, who clearly share his disdain for the 1st and 2nd Amendments:

@rossjmiller Yes, and what crosses the line with regards to freedom of expression. (Inciting hate, violence, etc). Got it.

However, the self-beclownment of Little Ross is far too obvious for those with more than a few neurons flashing inside their skull:

@ThePoliticalHat @instapundit @rossjmiller Um, Ross? How can you murder someone who's already dead? /nitpicking

Ultimately, Little Ross’ demonstrated idiocy explains so much about his tenure as Nevada’s Secretary of State, and his future goals as Nevada’s Attorney General:

.@rossjmiller Your defense of undead-Americans is a paragon of civil rights. Do you also make sure that zombies can vote?

Update: James Taranto of the Wall Street Journal had an article about Connecticut Sen. Murphy also having the vapors over this zombie mannequin.

Congress for Dummies: @jamestaranto on a senator's bold stand for lobbyist zombies. http://t.co/NIcgs1gEoU