Democracy is NOT a Clown Car

An “Election Modernization” symposium was held in Nevada and featured the Nevada Secretary of State and political ladder climber Ross Miller, a far left “Democracy Councel” for the Brennan Center for Justice, the President of the leftist Ramirez group of political consultants, and the Minnisota Secretary of State of presided over the questionable certification of Al Franken’s victory in the 2008 Minnisota senate race.

With such a “balanced” panel, it is no wonder that their proposals amounted to maximizing the number of people they could shove into a voting booth like it was a clown car. 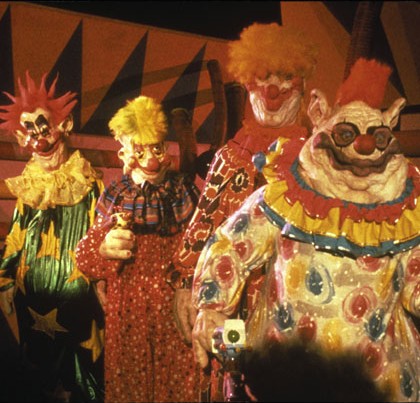 Their “informational” package contained news editorials that praised Democrats while bashing Republicans, conservatives, and those concerned about insuring that the integrity of the vote is paramount. The attacks included rants against voter I.D. requirements to insure that a person who votes is indeed the person that is being recorded as voting. That there are not more cases of voter fraud being caught and prosecuted does not mean that such fraud is not occurring, but that it can be difficult to even catch voter fraud unless stringent and extreme measured to unambiguously identify and confirm the identity of the purported voter; such extreme measures seem not mandated, for example, under NRS 293 of the Nevada code.

The emphasis of the symposium was to maximize the number of people who go to the polls. While it is laudable to encourage people to engage in the important civil act of voting, simply having people vote for the sake of voting is not the paragon of democracy, particularly when the voter does not know or care about any or all of the offices.

The emphasis on “voter rights” and “voter reform” was not actually about insuring the integrity of the vote or making the confirmation of a voters identity more easy. Lee Rowland, a leftist activist and “democracy counsel” flatly declared that she did not support ANY measure to insure the integrity of the vote that did not also result in shoving even more people into the electoral clown car.  The symposium readily downplayed charges of voter fraud by saying that voter fraud was illegal, and people would never break the law!

The suggestions for “strengthening democracy” including in the information packet at the symposium included such gems as same-day voter registration, have union members register high school students, giving the right to vote back to people convicted of felonies such as murder and rape, and making it harder to challenge illegal voting. How the Nevada legislature responds to these proposals is still an open question

Our Republic, both state and Federal, can only exist when informed and virtuous citizens, are the foundation from which our elected representative — our elected stewards of state — arise.  Treating our elections as nothing more than voting booths to be stuffed like they were clown cars degenerates us all.

This entry was posted in Elections, Progressives and tagged Democrats, Nevada, NVLeg. Bookmark the permalink.

One Response to Democracy is NOT a Clown Car