Despite campaigning against the DREAM act and amnesty for illegal aliens when he was running against Shelley Berkley (D – Nestene Consiousness), Sen. Dean Heller has become one of amnesty’s biggest supporters in the Senate, to the point of leading the charge for it.

Clearly, his razor thin victory in his ’12 re-election has spooked him good.  While some “moderation” (i.e. squishing out) was almost expected.  The magnitude of his sell-out had only now been realized.  His flirtation with Obama’s anti-2nd Amendment measures that he initially voted in favor of moving towards debate ought to have been a warning sign.

But what really made Heller break his campaign promises?  What was his “30 pieces of silver” that he received?  Perhaps, all it took was the permanent expansion of travel promotion for Las Vegas casinos. Or perhaps it was the addition of Nevada as a “border state” to a commission of border state Governors… despite the fact that Nevada does not border any other country! 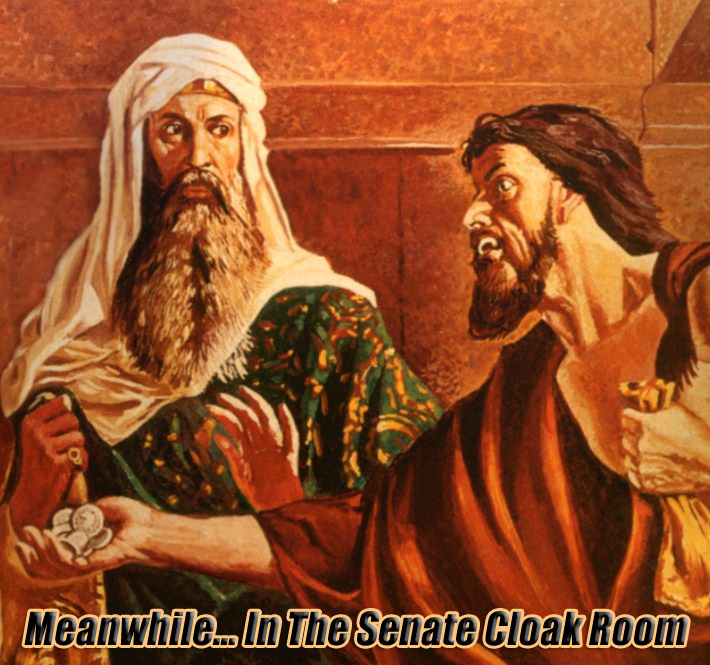 If this is all it takes to turn a sitting Senator, then it bodes ill for our Republic.  It is almost reminiscent of a scene from the movie Braveheart when the Scottish nobles double-crossed Wallace, and Longshanks notes that “I gave Mornay double his lands in Scotland and matching estates in England. Lochlan turned for much less.”

It would appear that Heller has played the role of Lochlan.