Not So Gay Day for Democracy

The United States Supreme Court has not only overturned part of DOME (the Defense of Marriage Act), but also allowed a Federal district court to kill off Prop. 8, which defined marriage as a union between a man and a woman (i.e. that marriage was actually… marriage).  However, the court’s reasoning for its decision on Prop. 8 goes far beyond the question of gay marriage, and straight onto the attack on the rule of law… and of democracy.

As commenter “Brandon In Baton Rouge” over at the Ace of Spades HQ pointed out: ” Does this mean that the state can now decide to ignore any lawsuits and the challenge now becomes the law of the land?!?”  Yes, if you have a biased judge to help you. 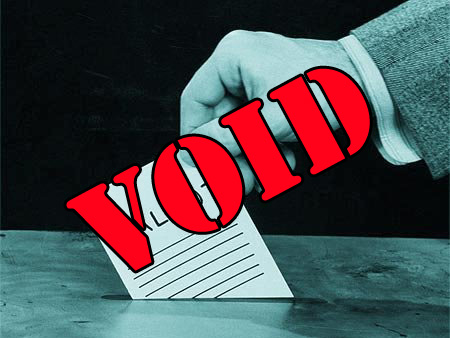 The problem with this reasoning is the nature of Prop. 8.  It was an amendment to the California Constitution initiated directly by the people.  It was then adopted by the people.  To say that the people, then, have to standing is ludicrous.  Further, it ignores the entire point of the initiative and referendum powers that California adopted a century ago, ironically enough due to “Progressive” reformers.  The initiative and referendum were direct lawmaking powers retained by the people, so that they could circumvent politicians.  This direct participatory democracy has now been effectively killed off, now that the Supreme Court have given the entrenched interests de facto pocket veto.  As William Jacobson pointed out at Legal Insurrection:

“Regardless of the merits underlying the suit, the Court just validated the ability of public officials to deprive federal courts of jurisdiction by virtue of the officials failure to fulfill their public duties.”

Justice Kennedy, in his dissent, point out the threat to democratic institutions, and to freedom itself:

“There is much irony in the Court’s approach to justiciability in this case. A prime purpose of justiciability is to ensure vigorous advocacy, yet the Court insists upon litigation conducted by state officials whose preference i sto lose the case….

“In the end, what the Court fails to grasp or accept is the basic premise of the initiative process. And it is this. The essence of democracy is that the right to make law rests in the people and flows to the government, not the other way around. Freedom resides first in the people without need of a grant from government.”

The veritable Ace, over at the Ace of Spades HQ, yet again sums it up perfectly:

“The whole point of the initiative system is to bypass the elected representatives and pass the sorts of laws the permanent political class does not like but the actual citizens do, and the Supreme Court has effectively ruled this system to be a nullity — because the exact same permanent political class the citizens sought to bypass can render any initiative inoperative by refusing to recognize it and by refusing to defend it in court.”

This ruling affect not only California, but other states that have ballot initiatives, through which laws of which the current ruling class does not think kindly.

As much as the rainbow-flag waiving crowd would want you to believe, the case was not about protecting people from “H8ers.”  The biased Federal district court judge happily ruled that the only reason to not allow gay marriage was because the people who passed it did so out of animosity.  The judge got away with this because the Governor and Attorney General of California refused to do their job and defend and protect the constitution of the state of California.  As a result, the judge ruled that people’s votes were null and void if he thought they were being meanies.

So much for democracy!  We have gone from a republic straight to an oligarchy masquerading as an ochlocracy, completely bypassing democracy!  As Justice Kennedy noted above: “The essence of democracy is that the right to make law rests in the people and flows to the government, not the other way around. Freedom resides first in the people without need of a grant from government.”  The United States Supreme Court has ruled that the people do not have a say, that they can not defend their own constitution, and that the validity of their vote is dependent on the biased opinion of one unelected official.

This is a dark day for our Republic.  Our democratic checks and balances against elected officials has been voided.  Our very vote has been voided, and will continue to be voided if the political class does not agree with it.  People no longer have power over their politicians, who have established them selves as a political class kept in power by political machines, but are now at the mercy of the people that the initiative was meant to protect them from.

It is the ultimate irony: The modern day Progressives are celebrating and cheering the kneecapping of one of the cornerstones of Progressive reform in California.