Bureaucracy vs. the Jacksonians

“Civil Service” Reform was one of the political clarion calls of the late 19th to early 20th century.  A professionalized civil service was intended to eliminate the spoils system and take the power away from political machines, and replace them with allegedly apolitical and dispassionate professionals.

That hasn’t worked out too well, as Robert Anderson over at the “TaxProf Blog” points out: 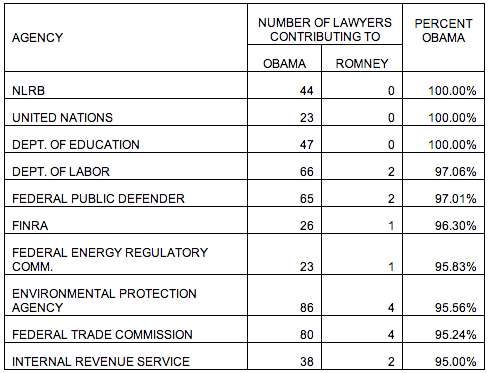 “The civil-service system was designed to replace the spoils system, which — in addition to creating chaotic rushes of office-seekers with each change of administration — packed political hacks into important administrative positions. A civil service was supposed to change that unacceptable reality by placing the administration of the more neutral functions of the government into the hands of dispassionate professionals. Thus the strong federal job security in the civil service, greater security than enjoyed by virtually any private-sector employee. The job security — so the argument goes — was necessary to prevent the re-emergence of blatant political patronage.”

Ultimately it comes down to the perpetual failure of Progressives, and their “reforms.”  In the early 19th century following the election of Andrew Jackson to the Presidency, many state Constitutions were revised or replaced to restrict the power of government.  The “Jacksonian” model of government included such features as legislatures that could meet for only limited amounts of time, limitations on the type of legislation that could pass, division of executive authority amongst separate elected officials, &.  In other words, it was intended to make sure that if the government was to do anything, a large number of independently elected officials would have to agree, thus limiting the chance for one or a few people to push radical legislation or take radical executive actions.

The downside to this is that those who wanted to exercise power, had a reason to gather electoral power in order to get their own confederates elected.  Rather than try to limit the power and reach of government, the Progressives mis-read the problem and determined that the problem wasn’t the concentration of political and government power, but that that power wasn’t in the right hands.  In response, the Progressives encouraged the shrinking of legislatures, the extension of terms in office, concentration of executive power in a single person’s hands, and put the actual governing in the hands of unelected “experts.”

This did not solve the problem of people seeking to use and abuse power, but shift it from those who needed to have the consent of the people, to those who don’t.  Perhaps we need a new reform movement that seeks to renew those Jacksonian systems of government, while limiting those who wish to use and abuse government by minimizing the power that attracts such people.

“All governments suffer a recurring problem:  Power attracts pathological personalities.  It is not that power corrupts but that it is magnetic to the corruptible.  Such people have a tendency to become drunk on violence, a condition to which they are quickly addicted.”

This entry was posted in Progressives and tagged Democrats, GOP, Leviathan. Bookmark the permalink.