The insanity and drama surrounding Nevada Democrat politician Steven Brooks has finally reached a crescendo at the end of a police chase.  Now-former Assemblyman Steven Brooks was arrested for threatening the Nevada Assembly Speaker (a fellow Democrat), arrested again for a domestic disturbance, mentally evaluated, kicked-out of the Nevada Assembly, and finally arrested a third time after a car chase. 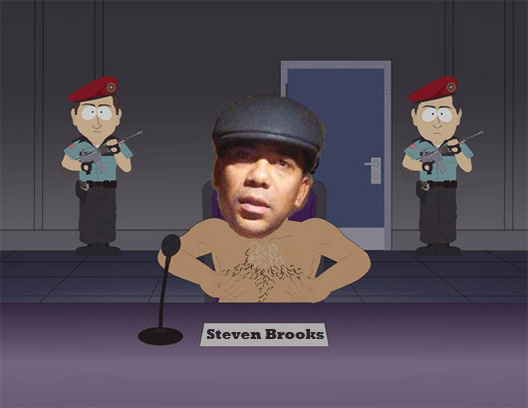 Despite his initial threats against the Assembly Speaker, he was released on bail and allowed to be sworn in and serve as Assemblyman, though he was clearly made not welcome.  After it became clear that Brooks was unable to exercise his function as a legislator, he became the first Nevada Assemblyman to be expelled from the Nevada Assembly.  His downward trajectory culminated in his arrest in California after a highway chase resulted in Brooks hitting a dog with a wrench, and getting subdued with a TASER.

Brooks was a gun owner and threw a handgun out of his car window when he was being chased near Barstow.  While some may point out that this is a reason for gun control, it actually demonstrates that the mere presence of a gun (even in the hands of crazy like Brooks) does not mean that gun related crime will automatically occur, and that a man like Brooks can cause violence and chaos without recourse to a gun.

Brooks is proof that we don’t need “gun control,” but that we need politician control.  The ultimate assurance against a man like Brooks is an informed electorate who are involved in the community, and willing to elevate statesmen, and prevent the elevation of people like Brooks.

It ought to be noted that though Brooks has not been convicted of crime, nor deemed mentally incompetent by the courts, he was expelled from the Assembly, while another Assemblyman who was not legally on the ballot is still serving in office…