Meanwhile… at the Vanguard of the Revolution

While the entire “Occupy” movement has thankfully disappeared from the public’s eyes (and the hoods of Police cars), small remnants of politically ignorant freedom-hating fools remain.  To secure their own power and position as Lords of the Flies, these groups have formed within their little soviets a ruling elite, known as a Spokes council.  These counsels are controlled from within and have the power to expel from the horizontal non-hierarchical Occupy collectives  anyone who “makes trouble” by opposing the collective will.

It is easy to reach a consensus when you’ve purged away any and all dissent.

It seems that the Occupy Las Vegas group’s Spokes council was going to have a glorious meeting of the vanguard of their Anarcho-Syndicalist utopia.  So, I decided to drop by and see the overwhelming forces that would liberate us from our freedom and stuff.

This is the glorious scene, comrade, that I beheld that day. 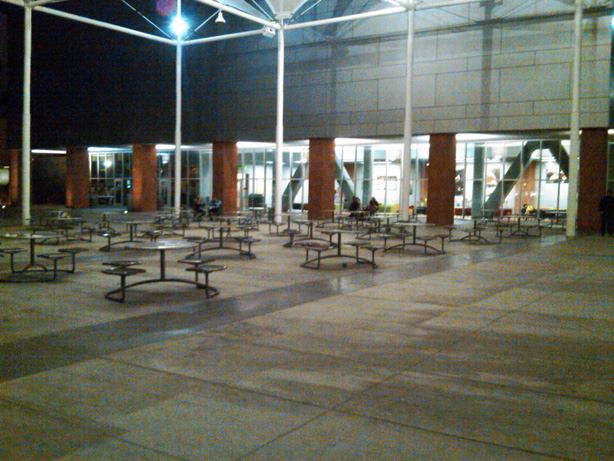 This entry was posted in Progressives and tagged FAIL, Occupy. Bookmark the permalink.

2 Responses to Meanwhile… at the Vanguard of the Revolution