Ireland, in less than a generation, went from being conservative and religious to become a secular and leftist state. No wear can this better be seen by a country that had relatively recently banned abortions now banning prayer outside of hospitals where abortions are performed.

“Pro-life campaigners in Ireland have criticized a government plan that would criminalize prayer vigils outside abortion facilities.

“Minister for Health Stephen Donnelly announced July 27 that he has secured government approval to legislate for the designation of co-called “safe access zones” around facilities providing abortions.

“He said that pro-life activists found protesting or having prayer vigils — even silent ones — less than 100 meters from abortion facilities would face jail sentences, fines or a combination of both under the new legislation.” 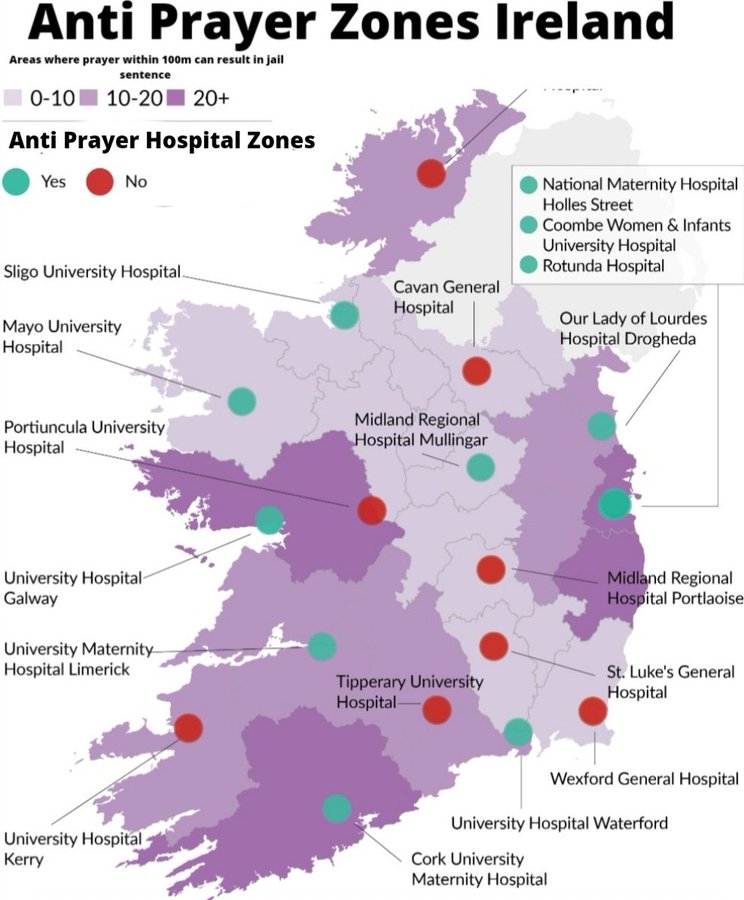 This is yet another European assault on both religious liberty and freedom of speech.   To punish peaceful protesters is authoritarian at best, and when selectively targeted, as this measure would be, downright totalitarian.

This entry was posted in Healthcare, Progressives and tagged Europe, Leviathan, RIP, Social Justice, War on Women. Bookmark the permalink.

One Response to Anti-Prayer Zones In Ireland