Mind Your Own Business Act: Federal Government Wades Into The Woke Work Wars 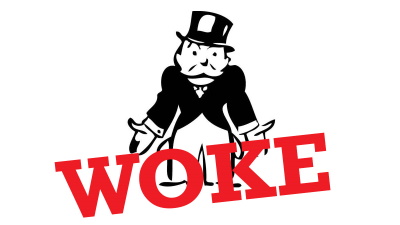 The corporate world has increasingly been not only taken over by wokeness, but become some the biggest proselytizers of wokeness. This has led to the situation where many on the Left—who typically love state control of the economy to some degree—are championing large mega-corporations being allowed to do as they will, while many on the Right—who typically oppose odorous regulation and taxation of businesses—now champion the Federal government controlling what corporations can say or support. Such is the case with the “Mind Your Own Business Act of 2021” introduced by Sen. Marco Rubio (R – FL), which allows stockholders to sue companies who put wokeness before profit. Senate Bill 2829 reads, in part:

“(A) means any single cause of action that—

“(I) that is taken primarily in response to a law (including a regulation) that is enacted by a State, or a bill that is introduced in the legislature of a State or policy otherwise publicly proposed by an elected official of a State, which shall include if such action includes any prohibition of business within that State by an issuer, whether with respect to business services or travel to, or major events in, that State, that is facially unrelated to the pecuniary interest of the applicable issuer, which shall presumptively include if the law bill, or policy would modify, establish, or create a law relating to—

“(aa) the manner in which elections are conducted in the State;

“(cc) limiting the availability of services that include the abortion of unborn children;

“(II) to prohibit the sale of goods or services by any covered corporate actor with respect to the applicable issuer to customers who operate in an industry with which the issuer engages in such business primarily on the basis of a characteristic of that industry that is facially unrelated to the pecuniary interest of the applicable issuer;

“(III) to promote a covered divisive concept; or

“(aa) any basis for such action promotes a covered divisive concept; or

“(bb) the primary basis for such action is facially unrelated to the pecuniary interest of the applicable issuer, which shall presumptively include any reference to diversity, equity, or inclusion with respect to the composition of the workforce, management, or board of directors of the issuer or society in general; and

“(ii) is brought by a covered shareholder as—

Minority stockholders being able to to sue to make companies adhere to their fiduciary duties is nothing new, but this goes far beyond what we have now. Admittedly, unlike the many bills to prohibit the teaching of Critical Race Theory, this bill seems more performative than substantive.

While some may like the direct assault on companies that they hate, they should ask themselves if they would be willing to allow this mechanism of attack be used against their businesses or businesses they support?

The full bill can be read here or below:

Mind Your Own Business Act … by ThePoliticalHat

This entry was posted in Progressives and tagged Economy, GOP, Leviathan, Social Justice. Bookmark the permalink.

One Response to Mind Your Own Business Act: Federal Government Wades Into The Woke Work Wars