The Reddit subreddit group “/r/food” banned a person for threatening transgender people by… calling a “chicken burger” a “chicken sandwich”. 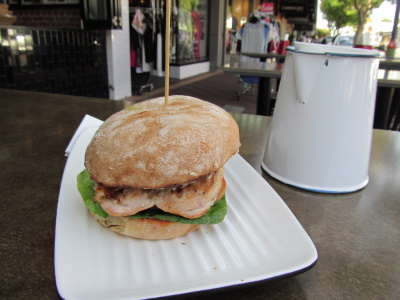 In part, from the person who was banned:

“I was scrolling through r/food like I normally do. (Background, My wife and I are both in the culinary industry, so looking at this sub and others like it has been interesting at moments). Just like other times I make comments and praise, just general stuff, however, this time…well, this time it went way off.

“Someone posted a picture, they labeled it [homemade ]Chicken Burger. For me, and most people, a burger is defined as a minced protein that is formed into a patty and placed in a bun. This however, was a piece of chicken that was breaded and fried and then placed in a bun.

“I posted the comment ‘Chicken Sandwich’……then all hell broke loose.

“Not more then 10 minutes later, I received a notification that I was temporarily banned, 30 days, for ‘shaming’ the op. I asked the mod “how” and they replied with…

“‘Correcting someone in public is public shaming, on top of being incorrect, it’s a pretty shitty comment to leave. The US calls it one thing and other countries call it a burger, it’s a petty argument that we have little patience for. If you can imagine some weirdo walking up to you eating a chicken burger and going aKSUaLY iTs a SaNdwIcH, you would be shown the door’”

What does this have to do with “misgendering”?   Everything.

Lol holy shit the mod in question, of course, equated their banning of someone saying "chicken sandwich" as akin to them protecting minorities and lgbt people from harassment. Is it even possible to be further up your own ass? pic.twitter.com/Ejc4mIpteM

This entry was posted in Progressives and tagged derp, Gender, Social Justice, WTF. Bookmark the permalink.