The focus this time: O, Canada… 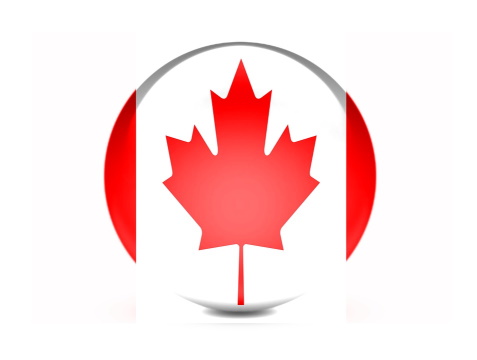 Isolation and loneliness, especially in the age of Corona-chan, is a growing mental health issue.   In Canada, it is an excuse to kill.

“Good grief. We are told that euthanasia is ‘compassion.’ But how compassionate is it when last year in Canada, hundreds of sick people were euthanized because of loneliness?

“The country’s 2019 MAID [medical assistance in dying] Annual Report found that 13.7 percent of the 5,631 Canadians killed by doctors asked to be lethally injected because of ‘isolation or loneliness.’ If my math is right, that’s about 771 people, or 64 a month, or two per day. Good grief!

“Some of the other reasons people gave for asking to be killed:

These statistics are scandalous and should make Canada deeply ashamed.

Canada, which boasts of it’s universal healthcare, amongst other social services, is of such a high quality, apparently, that many people would literally rather die than deal with them.

“Low income and racialized communities have been hit the hardest, but there is another group that feels abandoned and ignored – people with disabilities.

“There are fears some with disabilities are considering assisted dying as a last resort.

“Kim is a recipient of Ontario Disability Support Program (ODSP) and says her life has been ‘pure hell’ during the pandemic. CityNews has honoured Kim’s request not to use her last name.

“‘It’s like I’m being punished for being born disabled, like I committed some kind of crime,’ said Kim.

“She was born with digestive ailment and has had most of her intestines removed. Kim needs a feeding tube and survives on ODSP payments.

“A single person with disabilities in Ontario can earn a maximum of $1,169 in social assistance.

“Kim also receives a food subsidy of $250 a month due to health issues, giving her just over $1,400 per month to live on.

“Kim says she usually never has any extra money left over and often doesn’t make it to the end of the month for food.”

Just another justification to commit homicide.

“And here’s the thing. The reason for wanting to die could be lack of access to social services and an inability to afford to live. But all the doctor committing the legal homicide will see is the disability. ‘Of course, you want to die,’ he or she will be saying by agreeing to the lethal jab. ‘Who wouldn’t?’”

Hospices that don’t let their patients get killed is verboten in Canada.

“I have written here before about Delta Hospice in British Columbia, which has been under unremitting pressure by the government of the province — including a funding cutoff — only because it refuses to participate in euthanasia. It is now being forced to lay off clinical workers and faces eviction.

“Euthanasia — killing patients — is directly antithetical to the hospice philosophy as established by the modern movement’s founder, the late Dame Cecily Saunders. Indeed, when I interviewed her for my book, Culture of Death, she told me that assisted suicide denies the intrinsic equal dignity of terminally ill patients.

“Not only that, but there is a hospital directly next door to Delta where patients can go to be lethally injected, so it isn’t as if suicidal patients won’t be able to obtain their desire to be made dead.

“But that isn’t the problem. Delta’s stand sends the moral message that human life has intrinsic value and that medicalized killing is wrong. We can’t have that. The culture of death brooks no dissent.”

One Response to Quick Takes – Euthanasia in Canada: Killing the Lonely; Social Services so Bad People Would Rather Die; Homicidal Hospices