Posted on February 4, 2020 by The Political Hat

Just when you thought politics in the year 2020 couldn’t get any more… year 2020, this happens: 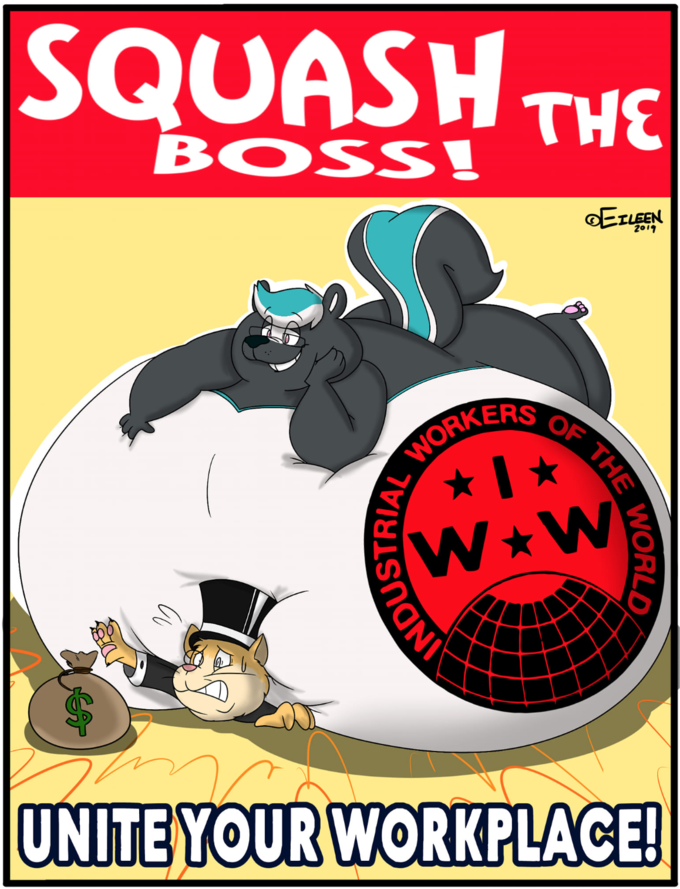 Yes, that is the far Left “union”, the International Workers of the World (aka “Wobblies) with furry fetish art.

“Kelsey Tanabe Walker, the person responsible for the Greater Chicago IWW post revealed that although the organization had no ‘official affiliation with the furry community,’ furries are welcomed into the union as if they were ‘any other worker’:

“‘As the IWW is also known as the One Big Union, and we believe that when workers come together as a unit, they can overpower their bosses, we originally took the meaning of the image to be in reference to this principle. While we have no official affiliation with the furry community, we appreciate that furry workers hold these same values of worker power, and welcome them in our union the same as any other worker.’” 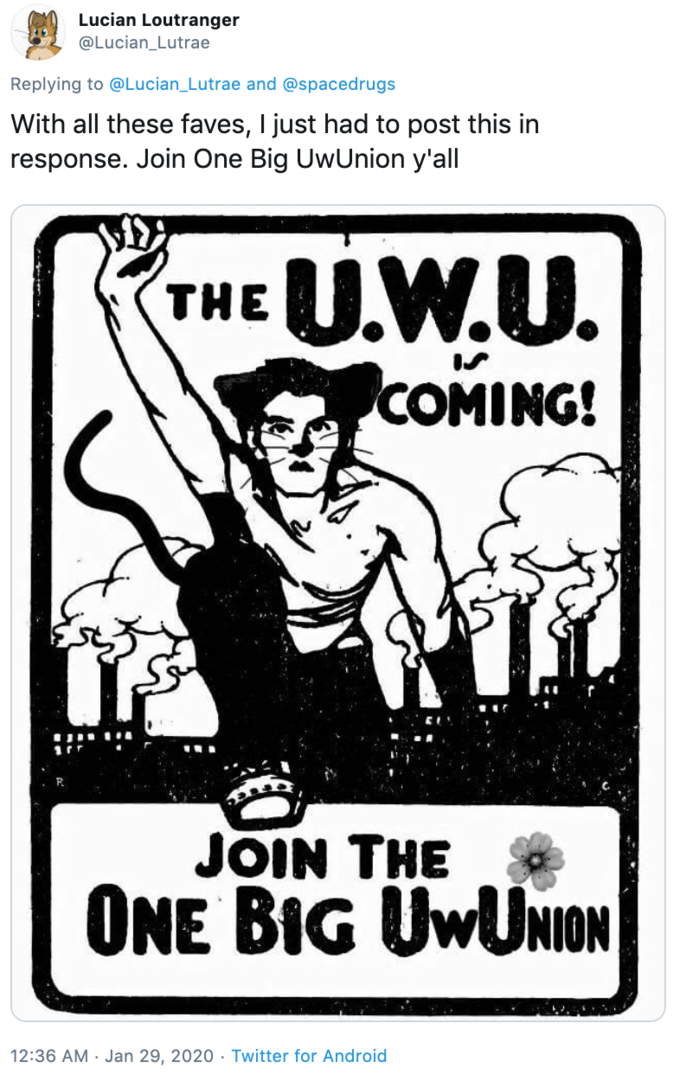 This entry was posted in Progressives, Uncategorized and tagged Communism, WTF, ಠ_ಠ. Bookmark the permalink.

One Response to The Wobbly-Furry Alliance