In the wake of the 2018 election results, there are two conflicting narratives concerning what the outcome of the results really mean. To wit: Either the GOP wasn’t “MAGA” enough and that the voters punished the “establishment” candidates, or that “MAGA” was toxic to the moderate Republicans and independents, who shunned the Trumpified GOP. 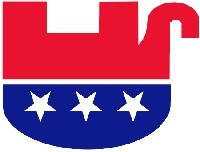 Indeed, the early responses to expanding in the Senate buoyed the idea that Trump and the Democrats frothing in the mouth over the Supreme Court helped the GOP bigly. However, those Senate gains turned out to be only two (and at least one) seat, which is a very poor result considering that the Republicans held almost no seats to begin with and nonetheless lost two seats that they had won in the Obama wave of 2012. Until 2020 elections are over, we are likely to see a “holding pattern” with every side doubling down.

“First, make no mistake. Heller’s campaign team – led by Slanker – was the pits. As I wrote many, many months ago, his communications operation was JV-level, at best. And Heller’s ‘Never Trump’ antics in 2016 were never forgotten or forgiven by many Trump voters despite Trump’s herculean efforts to put that toothpaste back in the tube.

“And give credit where credit is due: Wacky Jacky’s campaign portrayal of Heller as ‘Senator Spineless’ was a stroke of genius, aided by ‘bi-partisan’ Heller’s well-known history of flip-flopping on issue after issue after issue. Not exactly the kind of candidate who sends a tingle up the legs of conservative Republican voters.

“But the real cutting issue that did Heller in was courtesy of Sandoval, who was the first ‘Republican’ governor to fully embrace ObamaCare and expand Medicaid – a decision that will inevitably bankrupt the state or result in yet another ginormous tax hike on we, the people.

“Thanks to that decision, Heller chose, surely under advice by Slanker, to oppose and scuttle the 2017 House of Representative’s bill to repeal-and-replace ObamaCare in order to rescue Sandoval’s Medicaid expansion. It was a bone-headed decision on Heller’s part which carried the issue into the 2018 campaign and helped cost him his re-election.”

There are a number of problems with this analysis. The biggest is that if the view that the strong Republican pro-Trump right revolted against “squishes”, then the biggest drop-off in support would be in heavy Republican districts, rather than the more moderate “establishment” friendly suburbs. The results were the complete opposite. Heller did better in 2018 in the heavy GOP rural counties, but did much, much worse in the urban/suburban counties of Washoe and Clark.

"2018 Was 2016 Trends on Steroids – Nevada Edition." Here's Jacky Rosen's map vs Catherine Cortez Masto's. Rosen did worse across the rurals, but flipped Washoe County. Clark County cast a slightly lower % share of the total votes, but Rosen won it by 14% instead of 11%. #NVSen pic.twitter.com/oAq4QapHfg

The massive swing against the Republicans was most deeply felt in the suburbs. The down-ticket results made this manifest.

This election was simply the culmination of warning signs we’d all seen over the past two years. It was already clear from 2016 that Trump and #MAGA didn’t play well in the Southwest. From the plethora of special elections, primaries, and off-year general elections, it was clear that the Democrats were surging, particularly in the suburbs.

In Texas, for example, though Beto O’Rourke lost, he lost by less than 3%… in Texas, and even then only due to conservative refugees from other states!  Though he lost, he helped drag many Democrats “over the line” in the suburbs, where he ran strong. The weakness of the GOP in the Southwest extends to Texas, and may in the future extend to the rest of the Mountain West and even some of the prairie states.

A more forewarned example is in Georgia’s 6th Congressional District, a costly battle to retain that seat for the GOP in a 2017 special election resulted in the Republican winning narrowly. However, those who noted the closeness of the race were openly belittled and their warnings were ignored. The result of this whistling past the graveyard? The Democrats easily picked up the 6th Congressional District in 2018. The signs and portents were ignored.

Indeed, the Democrats wins were all due to the suburbs turning away from the Republicans, which at this point is synonymous with Trump.

Why? Because Trump and #MAGA doesn’t play as well in the suburbs as it does in the rural and exurb areas. The Democrats hemorrhaged White “blue collar” workers in 2016 because the Democrats insulted them while assuming that those voters would stay true to the Democratic line. In 2018, perhaps the same thing happened in reverse with White “white collar” types, including upper-middle class professionals. And is it any wonder? These people have to work with and interface with people who aren’t hard-core right wingers and depend on the very politeness and decorum that Trump attacks. Of course, there are also the more direct attacks, such as constant insults by many of the talking heads on the right who go so far as to call them “cucks” for not “fighting” a sad pathetic silly-slap fight that is more akin to cathartic emoting than it is to waging actual political battles.

There are voices actually calling for the GOP to try to reach out to suburban voters that have demonstratedly been alienated, but such calls for rationality are likely to resound off of deaf ears.

The most likely scenario for 2020, from this vantage point in time, is that each side will double down. Those who believe that Trump demonstrated that strident and unapologetic “fighting”, however crass it may be, is the winning formula despite the black swan orgy of the 2016 election being no more existent, will simply say that those who call for decorum are the problem and must be crushed in order to stop the enabling of the concomitantly dangerous and weak Left in the form of the Democrats, will continue to dismiss any suggestion that they got lucky in 2016 by facing the most hated Democrat to ever be the Democrats’ Presidential nominee. Those who bit the bullet and voted for Trump and the Republicans despite Trump because Hillary Clinton was just that toxic, and who no longer had reason to duplicate that once Hillary was no longer a potential Presidential winner, will continue to shun and eschew that former group that is doubling down on a long gone luck, resulting in continued results as in 2018. Indeed, 2018 looks like 2016 would have if Hillary Clinton had not been such a toxic poison to the Democrats.

This entry was posted in Elections and tagged DOOM, GOP. Bookmark the permalink.