Posted on November 9, 2016 by The Political Hat

I have only once been more ecstatic to be wrong than I was with my top-line prediction. Despite the accusations by Trump’s more ardent cult followers, I was not pro-Hillary, and was hoping for a miracle to save this country from her stacking the Supreme Court with the most unsuitable of judges. Now, perhaps, we have a chance to stack the Supreme Court with justices who adhere to the Constitution and the Common Law, rather than engage in Rawlsian machinations to achieve desired ends. 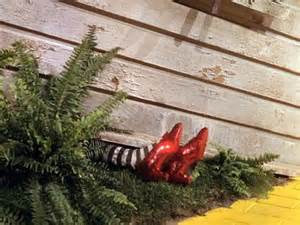 I still maintain that Trump has not irreparable damage by turning otherwise nice and intelligent people into ranting and obnoxious true believers—for which they will likely double down on their obnoxiousness. That many political rent seekers have latched on to him belies the notion of Trump being a pure anti-establishment candidate.

I have the solace, at least, of not being alone in being wrong, though I at least saw the problem of the disparate and chaotic polls. So, where the Trump cheerleaders correct in their assessment? I am willing to consider the possibility that Trump built a movement that overwhelmed all opposition in an act of liberation. Indeed, I have noted that the forgotten non-college education blue collar working class Whites were ripe to be plucked by someone who could make them believe he cared about them and would protect them against the Progressives and Democrats, who have turned them into the designated villain to justify “Social Justice”, and against a distant Republican establishment elite of the political class as well as conservatives who never were able to connect on an emotional level with them. I will be willing to weight the upcoming evidence.

However, there is evidence to the contrary. While Trump was able to win the old “Rust Belt” by appealing to those same non-college education blue collar working class Whites, he appears to have lost the popular vote—a great formerly silent majority Trump supporters are not. This is not to plant doubt on his victory, for it is the Electoral College that he had to win, and did win, and for which any campaign wargames for. Indeed, we have yet again seen the wisdom of the Constitutional framers who laid out such elegant checks upon pure majoritarian democracy.

I would suggest that the disagreement over the predicted outcome of the election in the political equivalent to the debate over continental drift. Continental drift was, in part, rejected because the proposed mechanism was laughingly false, namely that “‘icebergs’ of low density granite floating on a sea of denser basalt”. Thus I maintain that I was wrong for the right reasons, and that the Trump cheerleaders were right for the wrong reasons.

How so? I openly posited that the Presidential election was a race to the bottom, with the winner being the one that enough swing voters disliked the least. In fact, a significant portion of Trump’s supporters openly loathed him to the tune of nearly one out of five. Indeed he needed every single one, as even a slight shift would have given the election to Clinton. My assessment was that though Clinton was clearly a corrupt, evil, senile, sick, and criminal paragon of pure concentrated evil, but that baring an unlikely self-destruction, the combination of media and news mandarins combined with her evil not being openly presented, would not be enough to counter the visceral reaction that Donald Trump, and his obnoxious true-believers, would effect.

Therein lies my error, not in the dynamics of my assessment, but of the magnitudes. Clinton was most likely leading until the closing weeks of the campaign, but a series of unlikely self-destructive events occurred, primarily by the name of Weiner. Enough voters who disliked either candidate, then, not so much “came home” to Trump, as “fled from” Hillary—a scenario backed up by the large percentage of people who could not stand Trump who nonetheless voted for him. That this was happening was palpable, but I thought it too little and too late to filter through to the “vote for the least worst” to a degree necessary, and indeed this was nearly so. That the Democrats perpetually “crying wolf” by declaring good and decent Republicans as paragons of misogyny, racism, and homophobia made those derogatory appellations toothless, certainly contributed, and did so exactly at the time when they otherwise would have been the most effective.

To a large degree, it was the Democrats who caused their own demise by becoming all about identity politics. They cast straight Whites, especially males, as privileged holders of power, they forever alienated those straight Whites, especially males, who were anything but privileged holders of power. If a college educated and relatively well off individual were to claim to you to be oppressed by powerful and privileged individuals such as yourself, despite the fact that you were living in poverty, you, as would an sane and rational individual, would consider this to be absolutely absurd and downright insane. Is it any wonder then, that after decades of being treated like an identity group, that they started to act like one?

Trump’s election, then, was the result of the confluence of two Black Swan events. Trump supporters, then, should take note that with one of the “Black Swan” candidates gone, the dynamic is now totally different. The threat of a Clinton Presidency—and resulting reshaping of the Supreme Court—can not be held over our heads any longer.

Could Trump convince many of those voters who simply voted for him for the sheer virtue of not being Hillary Clinton? If, by his actions and deeds he proves himself worthy, he could. Whether his more zealous followers and rent seeking advisors let him is another question all together.

This misjudgement of the magnitude filtered down to the U.S. Senate race picks. Indeed, Republicans lost both Illinois and now New Hampshire, while failing to pick-up Nevada. Both Wisconsin and Indiana showed late-breaking shifts to the Republicans, but my view that it was too little too late was off. That Republicans kept Pennsylvania was also colored by this.

Trump won this election by, in part, rallying those non-college education blue collar working class Whites. But assuming that this will per se continue to be a winning strategy sans the “Black Swan” known as Hillary Clinton is dangerous. While Hillary did worse with most demographic groups than Barack Obama, those groups still nonetheless were overwhelmingly voting for Clinton. Of note, was the increasing Hispanic vote. While Trump did very well in the Mid-West and the South, the Republicans fared poorly in areas where Hispanics are superceding non-college education blue collar working class Whites. This happened irreversibly in California decades ago, and now we are seeing it in the Southwest. Colorado was lost. New Mexico, despite many Hispanics being of “old stock”, nonetheless easily went for Clinton and even flipped the state Senate to the Democrats. This could even moreso be seen in Nevada where both legislative chambers flipped back to the Democrats while electing Cortez Masto to the U.S. Senate and Hillary’s Electoral College Electors, despite Nevada having a relatively high number of non-college education blue collar working class Whites. Even in Arizona, where both John McCain and Donald Trump won, the margin of victory for Trump was uncomfortably narrow.

The unique “Double Black Swan” event, also, is why the idea that a date driven campaign with an excellent ground game can be readily replaced by campaign rallies and social media snark. Nevada provides evidence toward this. The Democrats built up a huge early voter firewall before the Anthony Weiner revelation and Wikileaks dump. If all Nevadan’s had voted on election day, it is quite possible that they would have retained the 3rd Congressional District and the state Senate, while simultaneously electing Joe Heck to the U.S. Senate and the Republican Electoral College Electors pledged to Donald Trump.

My predictions in Nevada were mostly spot-on. Both Trump and Heck lost, abet by narrower margins than I thought at the end of early voting. Democrats did indeed reverse the 2014 Republican pick-ups in the Assembly and in the 4th Congressional District. That Congressman Hardy kept the margin in the 4th to about four percent, and the Democrat victor to under 50% does indicate that this seat should be a target in the future. Democrats also picked up the 3rd Congressional District as well as the 6th state Senate district, which gave them a majority in that chamber for at least four years, baring any unexpected death or resignation. My one missed call was the 15th state Senate district, where the Republican were able to retain the seat.

Of course, ultimately I was wrong, though not as wrong as I was when I fooled myself in the pro-Romney echo chamber in 2012; indeed, it was that self-fooling that made be overly wary of the echo chambers this year. Feel free to dismiss this reflection and self-criticism as an attempt to avoid culpability, rather than an honest assessment of where I went wrong, but at least consider the wisdom of Cromwell’s Rule:

“I beseech you, in the bowels of Christ, think it possible that you may be mistaken.”

The Democrats overplayed their hand, and in their haughty sense of overconfidence, lost. I hope Trump and his cheerleaders do not do the same.

This entry was posted in Elections and tagged Democrats, GOP. Bookmark the permalink.