When Natural and Normal is Problematic

Human beings are a sexually dimorphic species, with physical and actual physiological differences, whose continued survival as a species necessitates biological males and biological females engage in a congress of the sexes (i.e. coitus) and both our biological drive and beneficial social inclinations are geared towards reproducing and maximizing the conditions for making such reproductive acts, and children born therefrom, fruitful and beneficial towards the continuation and success of the species. In other words wanting bang someone of the opposite sex is natural and normal.

This is obvious and the vast majority of people throughout time and the world understood this as a matter of fact.

However, some people have become so “educated” as to have learned ignorance. Such is the case with Karen L. Blair and Rhea Ashley Hoskin from St. Francis Xavier University and Queen’s University, respectively, in Canada who opined in the “Journal of Social and Personal Relationships” about “Transgender exclusion from the world of dating“. 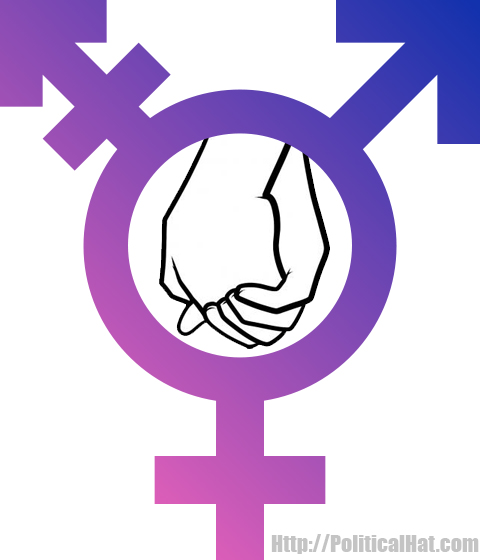 The results are unsurprising to all but indoctrinated:

“Virtually all heterosexuals excluded trans folks from their dating pool: only 1.8% of straight women and 3.3% of straight men chose a trans person of either binary gender. But most non-heterosexuals weren’t down for dating a trans person either, with only 11.5% of gay men and 29% of lesbians being trans-inclusive in their dating preferences. Bisexual/queer/nonbinary participants (these were all combined into one group) were most open to having a trans partner, but even among them, almost half (48%) did not select either ‘trans man’ or ‘trans woman.’

“Of the seven participants who themselves identified as transgender or nonbinary, 89% [presumably this was meant to be 86%, or approximately six out of seven] were willing to date another trans person.

“Romantic relationships are one of the most important sources of social support for adults. The fact that most cis people would not consider trans people as potential dating partners is yet another serious risk factor for increased psychological and physical health problems among the trans population.”

Most men like women who know they’re women and most women like men who know they are men. How is it shocking that a sexually dimorphic species that perpetuates itself through men and women making babies would have most members of that species interested in… making babies, which is something that requires both a biological male and a biological female. Further, how is it shocking with physical and actual physiological differences both genetic and social inclinations of each sex would be different than the other in regards to what would be (or be perceived to be) most desirable in the other sex?

Furthermore, those who have a disinclination or aversion towards coital activities would be adverse to those of the opposite sex and the manners and appearance typical thereof?

But to these “researchers”, natural inclinations must be an oppressive social construct because they don’t satisfy the feelz of those who identify as the opposite “gender”. That there are those who believe that refusing to force yourself to date a “trans-person” is literally an act of violence demonstrated just how far gone some segments of our society have rotted.

In other words, for most people, actual biology matters more than the superficial appearance and manners of associated with one sex or the other.

But then we reach the kicker…

“The high rates of trans exclusion from potential dating pools are undoubtedly due in part to cisnormativity, cissexism, and transphobia — all of which lead to lack of knowledge about transgender people and their bodies, discomfort with these unknowns, and fear of being discriminated against by proxy of one’s romantic partner. It is also possible that at least some of the trans exclusion is due to the fact that for some people, sexual orientation might be not (just) about a partner’s gender identity, but attraction to specific body types and/or judgment of reproductive capabilities.”

The word “sex” used to be a noun and not a verb. “Sex” was referred to as the “sexual act”, “congress of the sexes”, &c. In time the word came to mean the act, and expanded in definition to include anything involving use of the sexual organs in a carnal fashion and further onto any act or inclination towards carnality. This has obfuscated the distinction linguistically, but not in actuality.

This “study” seems to denigrate sexuality towards merely an emotional or carnal nature. What it fails to understand is that the reproductive drive is of such a sexual nature that it requires both a male and a female, and is a natural and normal drive that sets it apart from mere emotional need or carnal desire.

Far from being an “irrational animus”, it is an acknowledgement of nature.

One Response to When Natural and Normal is Problematic