To Serve And Protect But Not Be The Best And Brightest

Average IQ is typically considered in the range of 90 to 110. A cutting off point of just over that average IQ range would make sense if high intelligence was necessary, such as with a good amount of police work. However, New London, in Connecticut, has decided that those with high IQs will be barred from serving as a police officer:

“A man whose bid to become a police officer was rejected after he scored too high on an intelligence test has lost an appeal in his federal lawsuit against the city.

“The 2nd U.S. Circuit Court of Appeals in New York upheld a lower court’s decision that the city did not discriminate against Robert Jordan because the same standards were applied to everyone who took the test.

“‘This kind of puts an official face on discrimination in America against people of a certain class,’ Jordan said today from his Waterford home. ‘I maintain you have no more control over your basic intelligence than your eye color or your gender or anything else.’

“He said he does not plan to take any further legal action.

” Jordan, a 49-year-old college graduate, took the exam in 1996 and scored 33 points, the equivalent of an IQ of 125. But New London police interviewed only candidates who scored 20 to 27, on the theory that those who scored too high could get bored with police work and leave soon after undergoing costly training.

” Most Cops Just Above Normal The average score nationally for police officers is 21 to 22, the equivalent of an IQ of 104, or just a little above average.” 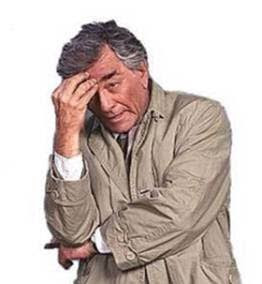 But why? Is the stated reason the real reason? Or could it because IQ distribution for females clusters closer to the mean, while males are more dispirate (i.e. more male geniuses than females, but also more male idiots than females), and this is just another way to achieve superficial equality amongst the sexes? 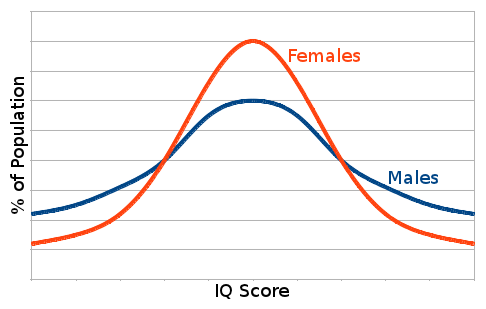 If not that, than most likely some other idiotic true reason…

This entry was posted in Progressives, Uncategorized and tagged Gender, Science, Social Justice. Bookmark the permalink.