Birds, Tomatoes, and Sharks, Oh My

The “Sharknado” movies, which involve sharks being airborne and transported inland by adverse whether events, have been seen as ridiculous with no bearing on reality. This is similar to the 1978 movie “Attack of the Killer Tomatoes”.

The opening credits to “Attack of the Killer tomatoes” began with the following screen scroll:

“In 1963, Alfred Hitchcock made a motion picutre entitled ‘The Birds,’ a film which depicted a savage attack upon human beings by flocks of the winged creatures.

“In the fall of 1974, 7 million black birds invaded the town Hopkinsville, Kentucky, resisting the best efforts of mankind to dislodge them.

“No one is laughing now.”

While no one has been killed by an uprising of tomatoes (that we are aware of), the idea of sharks being carried by a weather event inland is no longer the realm of fantasy.

“Northeastern Australia is still dealing with the aftermath of Cyclone Debbie, which swept across the Queensland coast on Tuesday, causing widespread damage with winds up to 185 kph (114 mph).

“But the discovery of a huge dead bull shark in floodwaters near Ayr, just south of Townsville, is likely to give some residents pause.”

A shark washed up in the street after a cyclone in Australia https://t.co/Ws2hlDhzel pic.twitter.com/T555LaLqJE

There is only one thing to do now… 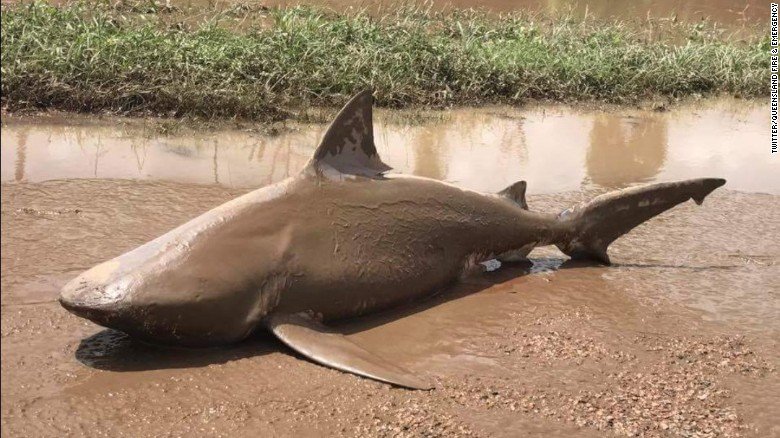 This entry was posted in Science, Uncategorized and tagged Lulz, Science. Bookmark the permalink.

One Response to Birds, Tomatoes, and Sharks, Oh My