“No man’s life, liberty or property are safe while the Legislature is in session.”

What, then, could the combination of legislative power plus the power of alcohol bring?

“When asked […] what she found most surprising at the State House, [Rhode Island Freshman Representative Moira] Walsh said, ‘The drinking. It is the drinking that blows my mind. You can not operate a motor vehicle when you’ve had two beers but you can make laws that effect people’s lives forever when you’re half in the bag? That’s outrageous!'”

She went on to state that “People have file cabinets full of booze“.

It begs the question: Is what a legislature passes while drunk really worse than the insanity that they’d pull while sober? 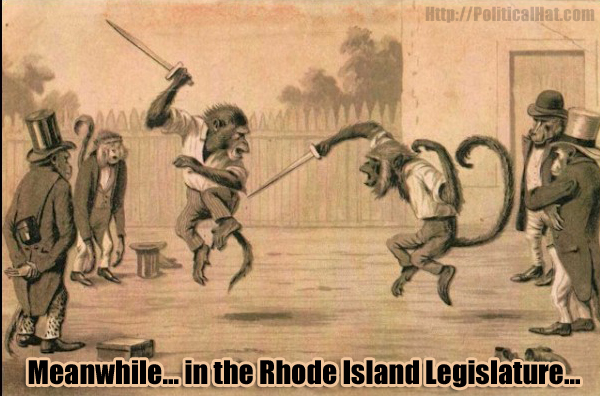 A little mood music sung to a certain tune…

Everybody’s going to screw you here tonight
We’ll pass out with all the interns, all right

Abortion! Tranny rights! Screwing the right!
We sit glued to the legislature set all night

Why go into the deplorable world at all? — it’s such a fright

We’ve got nothing better to do
Than pass legislation that screws over you!

This entry was posted in Elections, Uncategorized and tagged Democrats, Lulz. Bookmark the permalink.

One Response to Legislating Party Tonight!