The Federalization of Redistricting

Gerrymandering is a political tradition in America, dating back to the time of the Founding Fathers—and going back in before that for centuries in England. It is considered an ugly thing—at least by those out of power—that is seen as “partisan”. This is why (allegedly) non-partisan redistricting commissions made up of (allegedly) uninterested regular folk are so popular. And now, Rep. Zoe Lofgren (D-CA) wants to mandate by Federal law that states create their own (allegedly) non-partisan redistricting commissions for Congressional districts according to the dictates of Federal law (H.R. 1102)… or else.

By what Constitutional powers does Rep. Lofgren claim to be able to do this by? The cited powers she claims are Article I, Section 4, and also Section 2, by way of Section 5 of the 14th Amendment. Both claims are ridiculous ex facie.

Article I, Section 4 states that:

“The Times, Places and Manner of holding Elections for Senators and Representatives, shall be prescribed in each State by the Legislature thereof; but the Congress may at any time by Law make or alter such Regulations, except as to the Place of Chusing Senators.”

This only covers particulars of the election itself, not of how districts, if any, are drawn, as the particulars of a drawn district do not effect the time, nor the place, nor the manner of the actual election.

The 14th Amendment states, in part:

This affects the apportionment of seats to the states, not how the seats are to be drawn, if at all.

Redistricting is squarely the preview of the states, with only those scant limitations provided for in the Constitution. The proposed legislation would require the legislature set-up a “non-partisan” agency to assist an “independent commission” composed, in effect, of four Republicans, four Democrats, and four voters who are neither. No plan can go into effect unless at least one person from each category agrees. Thus, an allegedly “independent” group of four Democrats or four Republicans can filibuster and prevent a plan from being enacted?

What happens then? A Federal appeals court draws the districts for the legislature, which also happens if the legislature doesn’t set up both the “non-partisan” agency and the “independent commission”, or if the courts determine they weren’t set up correctly with equitable demographics.

Considering that Republicans currently have a trifecta in the Governorship and Legislature of most states, with the Democrats having only six, this would take redistricting out of Republican hands and place it in judges, many of whom were appointed by Obama. 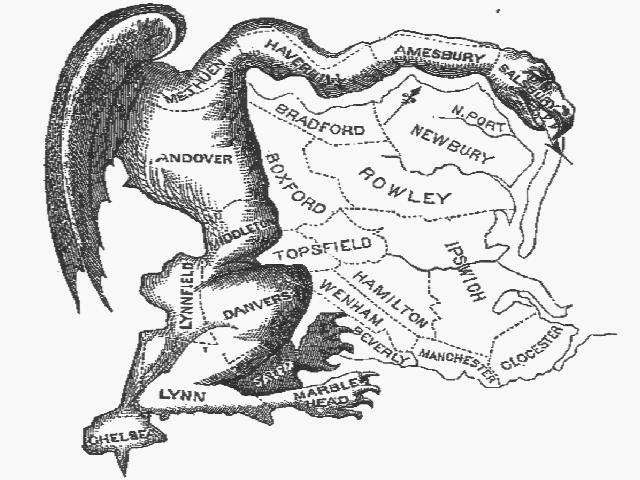 It is a power grab in the visage of “non-partisanship”.

While such a bill seems to have very little chance of passing, at least during this Congress, the intention has been made and Democrat members of Congress, like Rep. Lofgren, will push this the first time the Democrats have, even if for a brief time, enough power to do so.

The full bill as introduced by Rep. Lofgren:

This entry was posted in Elections and tagged Democrats. Bookmark the permalink.

One Response to The Federalization of Redistricting