California and the Ghost of John C. Calhoun

Now that the Democrats are out of power in the Federal government (Leftist mameluks in the bureaucracy notwithstanding), the one-party People’s Republic of California has decided to embrace the Virginia and Kentucky Resolutions and take up the States’ Rights cause of John C. Calhoun for Nullification.

Despite cheering when Federal courts struck down laws regarding illegal aliens in California and Arizona, and despite having no problem with the Federal government micro-managing ponds on private property, California Democrats now want Federal jurisdiction to stand aside to state supremacy:

‘The state lieutenant governor, Gavin Newsom, who is running for governor, said California could use its stringent environmental protection law to block Mr. Trump from building a wall along the Mexican border.”

As nice as it is that the California Democrats have rediscovered the 10th Amendment, it is rather obvious that such recognition will exist only as far as it is convenient for them. 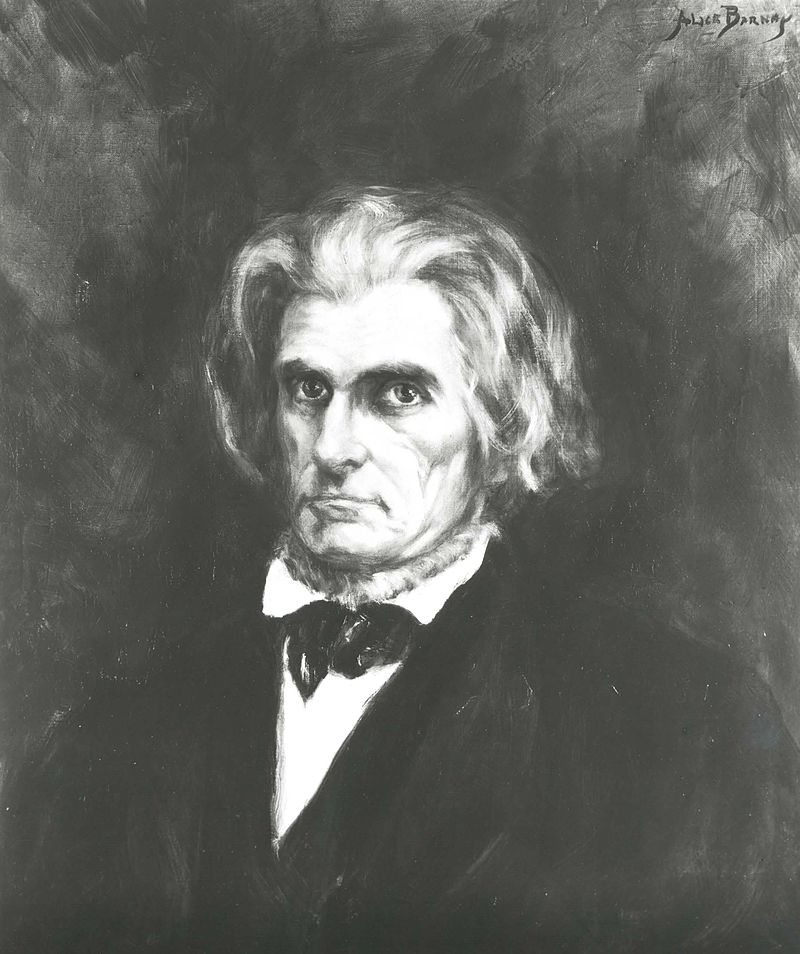 Pictured: The Spiritual Leader of the California Democratic Party

Some California Democrat are going so far as to go beyond Nullification to intentional sabotaging of the Federal government:

“‘The impact of anything coming out of Washington is going to be so difficult for California that we are almost thrown into survival mode,’ said Ms. Kuehl, who has been in public office since 1994. She said she had urged people — ‘everyone: local and state governments, staff of federal agencies, nonprofits, neighborhood groups’ — to aggressively try to impede any policies pushed by Mr. Trump that undercut California laws or policies.

“‘I said “If you have to lie, cheat and steal, do it,”‘ Ms. Kuehl said. ‘Take federal money and just tell them you are going to do whatever they want.'”

This entry was posted in Progressives, Uncategorized and tagged Democrats, Patriotism. Bookmark the permalink.

One Response to California and the Ghost of John C. Calhoun