Public Education and the Jousting with Kyriarchical Windmills

Posted on February 7, 2017 by The Political Hat

One upon a time, public schools were founded to provide education to children of parents who were not stinky filthy rich. Now-a-days, they are simply vehicles of propaganda. Case in point: The innocuously named “All-School Seminar Day 2017” planned for New Trier High School in Illinois.

Included in the propaganda program include such minority of minorities such as a seminar entitled “Whose Civil Rights?: Transpeople of Color Navigating the U.S.” and broader conspiracy theories like “21st Century Voter Supression”.

Not to be left out, anti-Capitalists happily declare the free market to be a plot by eeevil White people and propose “decolonizing” economics with a seminar entitled “Blackenomics 101 (The Movement, The Music, The Solution)”… which kinda ignores the fact that Leftist economics was created by dead White males. Of course, they also have to “decolonize” science with a seminar entitled “Western Bias in Science” which discusses “Newton, Darwin, Curie…Can you think of a nonEuropean or non-American scientist in history? Come examine the western bias in science education, its sources and its implications, in this interactive workshop.” 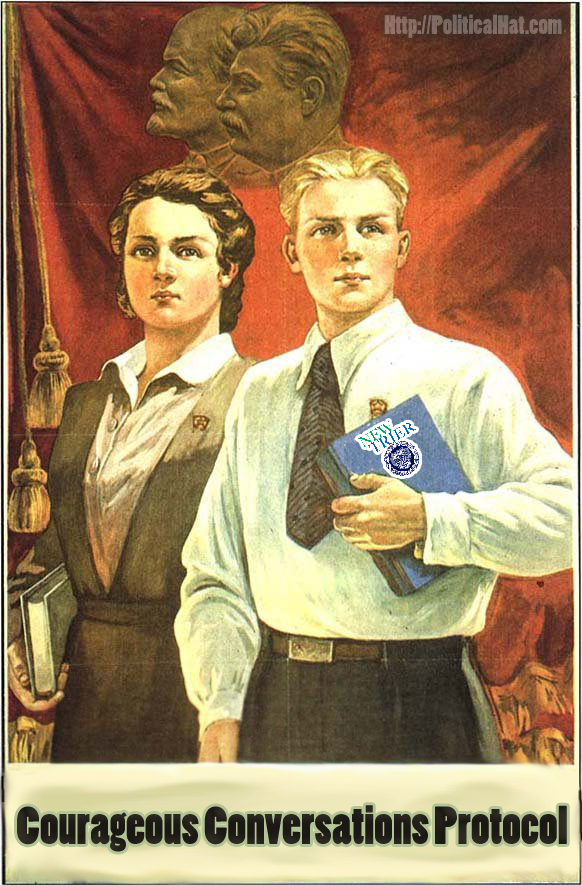 Included in the propaganda is the “Courageous Conversations Protocol” which presumes the axiomatic truth of the Left’s racial narrative. And just what type of “educators” are pushing this propaganda? Andrew Aydin, a policy advisor to Democrat Congressman John Lewis and contributor to the Southern Poverty Law Center; Monica Trinidad, a “queer, latinx artist and organizer”; and OiYan A. Poon, a “National Distinguished Educator” who rants about “structures” of evil.

And people wonder why so many are opting for homeschooling…

3 Responses to Public Education and the Jousting with Kyriarchical Windmills