In the long tradition of segregationist such as George Wallace, Social Justice Warriors at the University of California, Berkeley have demanded segregated “safe spaces” for students of color as well as “queer” students. And to get their point across, they decided to block entry to White (and Asian) students to campus:

We’ve come full circle and now racial segregation and trying to prevent, or at least impede, people from going to an institution of learning has gone from a paragon of racial injustice to a paragon of racial justice. Even the police were powerless to stop this blocking of students! 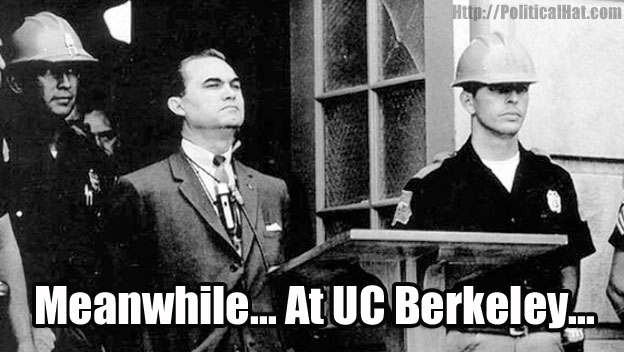 The difference, of course, is that segregation per se to the Social Justice Warriors is not in and of itself bad, and can in actuality be considered a good when the correct students are segregated in the correct way. 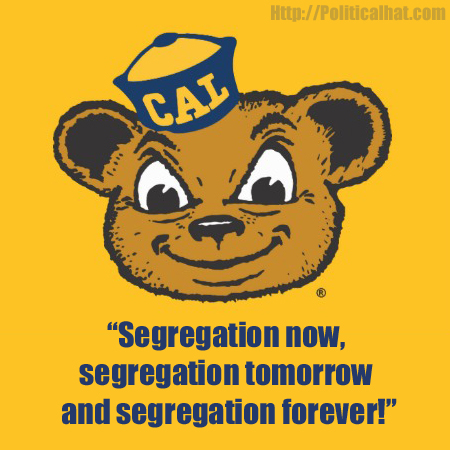 It is never about access to education, it is about punishing the morally impure races.

One Response to Segregation as Social Justice at UC Berkeley