The conflation of the terms “gender” and “biological sex” concomitant with the term “gender” as being something separate and distinct from biological sex, has led to the existence of biological sex being dismissed as a “social construct”.  Free of any ties to reality, “gender” is not limited by the biosocial binary of sex. 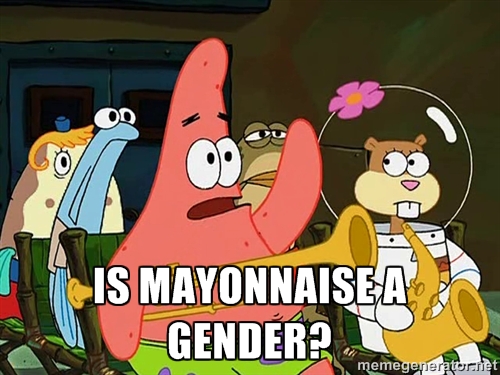 Nonetheless, “gender,” when used as a synonym for biological sex, it is untrue to say that there are more than two “genders“:

“The promotion of the idea of multiple genders is part of a larger, liberal project to engage the chaos and destruction of anarchy. Why the left wants to do this is difficult for me to understand. Base hedonism? I don’t know. But the central idea is this: the insistence that there are more than two genders prioritizes feelings over facts. The simple fact that some people feel confused over their identities doesn’t change the fact that there are only two genders, any more than the existence of people born with out legs or who have had legs amputated proves that humans are not bipedal. The left insists it does.

“The actual individuals who embrace this kind of nonsense cannot see this, of course. They are also literally incapable of thinking critically. The wildly left wing college campuses are designed as propaganda factories that deliberately and consciously impair student’s ability to examine issues with their full critical faculties engaged.

“In the liberal arts, of course.”

Colleges are engaging in Gender Lysenkoism and declaring that “gender is fluid and a matter of preference“:

“Consider Oberlin College’s definition of gender: ‘A spectrum or constellation of different behaviors, attributes and identifications.’ Or a recent announcement from UCLA that gender is a ‘spectrum.’
“…

“The [University of California] application also asks: ‘What sex were you assigned at birth, such as on an original birth certificate?’ Only two choices are offered: male and female. The ‘assigned’ terminology implies gender can be reassigned.

“At the University of Pittsburg, students are taught genders can change over time, and officials released their ‘Gender-Inclusive/Non-Sexist Language Guidelines and Resources’ document, encouraging professors to ask students to write down a preferred pronoun, such as he/she/they/zi/zie (although they are welcome to change their preference later).”

But you can still disagree, right?  Nope, colleges can go after your.

“A Loyola alumni office employee discussed her views on sexual orientation, which align with the Roman Catholic Church [Loyola being a Catholic University], with three students who were hanging up posters on the subject on April 14.

“Cosette Carleo, one of the students involved, told […] that the hate crime under investigation is ‘denying transgenderism.’

“Carleo’s account agrees in part with an email by the husband of the employee with whom she tangled.

“The employee told Carleo, who identifies as gender-neutral, that only two genders exist, male and female, according to the student. Carleo told The Fix that statement was the hate crime.

“Carleo responded that ‘you can have your opinion’ as long as it doesn’t ‘deny my existence.'”

But it’s still a free country and at least the police won’t get involved, right?

“The Bias Incident Response Team (BIRT) met and released a statement on April 15, notifying the LMU community that BIRT, along with Public Safety and the Los Angeles Police Department, is looking into the events of April 14 as reported by the three students.”

The result of this mandatory indoctrination is cringe worthy:

Bookworm of Brookworm Room, sums up this madness via an updating of the “Emperor’s New Clothes” entitled ” The Emperor’s Pretty Clothes — a modern fairy tale“. 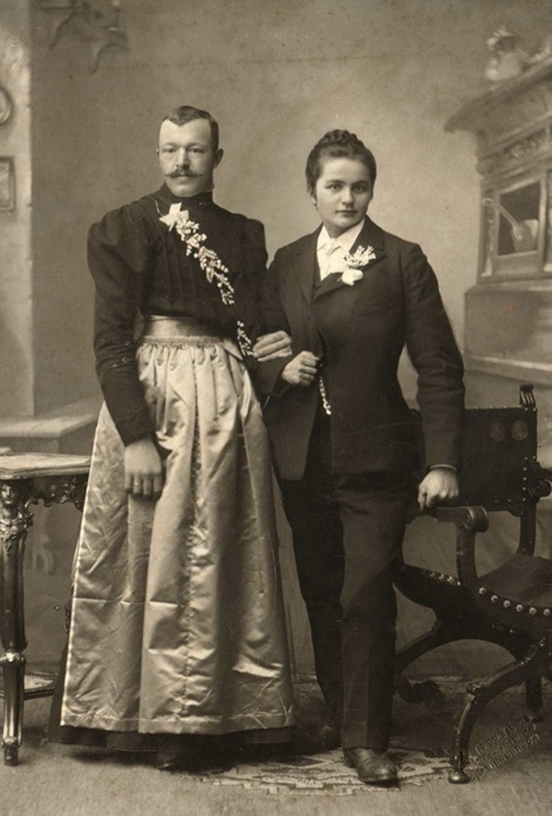