Labor Secretary Calls Out the Brownshirts

“Despite being heartbroken over the Supreme Court’s split decision on President Obama’s executive action on illegal immigration, Labor Secretary Tom Perez urged Hispanics to ’cause good trouble’ to get comprehensive immigration reform passed.” 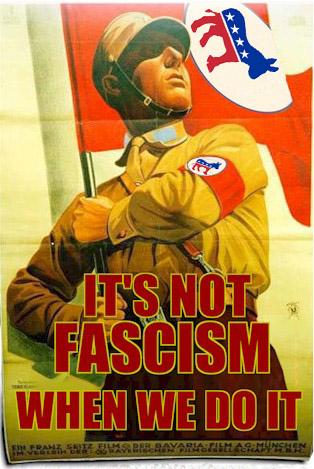 “‘Don’t ever get down. Get up. Do what [Georgia Rep.] John Lewis told you — what John Lewis does every day, day in and day out, cause good trouble — that is what we have to do — that is the secret to our success as a nation,’ he said. ‘You are the gyroscope. Let’s together marshal the collective power'”.

And let us remember, anything and everything is fair game when it comes to “good trouble”.

This entry was posted in Progressives and tagged Democrats, Social Justice. Bookmark the permalink.