The Ultimate Tool of The Patriarchy? Carbon Fiber!

Did you know that carbon fiber isn’t just a useful material, but a tool to oppress women and the disabled through intersectional oppression?  Thanks to academic Anna Hickey-Moody, and her paper “Carbon Fibre Masculinity, disability and surfaces homosociality” we do! 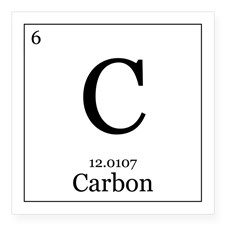 Aside from a sub-Wikipedia level description of carbon fiber to make this academic paper seem “scientific”, there is not much more to this paper than the author pushing her feelz into an inanimate material, while starting with the conclusion that intersectional oppression is a tool of oppression, and then making up excuses to justify that pre-determined conclusion.

While word for word fisking would result in insanity, a focus on the main points is illuminating.

“As a technology of hegemonic masculinity, carbon fibre extends the surfaces of bodies and produces masculinity on and across surfaces, male and female bodies.”

Yup, in the very first long-winded paragraph, the author comes right out and says that carbon fiber is a tool to oppress the feminine.  But we are living in an age where the hot topic is intersectionalism, so of course, masculine oppressiveness must be intersected with… disability.

“Firstly, carbon fibre can be a site of the supersession of disability that is affected through masculinized technology. Disability can be ‘overcome’ through carbon fibre. Disability is often culturally coded as feminine”

The poster boy for this intersection plot of eeevil oppression? Oscar Pistorius! Because of course he is both the oppressor and the victim of… carbon fiber!

“[C]arbon fibre can be a homosocial surface; that is, carbon fibre becomes both a surface extension of the self and a third-party mediator in homosocial relationships, a surface that facilitates intimacy between men in ways that devalue femininity in both male and female bodies.”

The term “homosocial” is used in contrast with “homosexual”, since any relationship between men that doesn’t involve sexual activity must be bad:

“To be clear, a homosocial relationship is an intimate friendship between two (or more) men, which is misogynist and which is based on the disavowal of the possibility of their sexual desire for one another.”

This “homosociality” furthermore is a triangle!

“Homosociality is triangular; the routing of male homosocial desire and power occurs through the bodies of women, bikes, cars, prostheses. In the triangle’s three points, men occupy two and a woman/cars/bikes/carbon fibre legs the third, but the sides of the triangle are weighted with greater emphasis on the line that forms the relationship between the two men.”

In other words, two men who are good buddies, but not Gay, necessarily oppress women, cars, and carbon fiber… or something.

The author goes on to say:

“Thirdly, the case of Oscar Pistorius is exemplary of the masculinization of carbon fibre, and the associated binding of a psychic attitude of misogyny and power to a form of violent and competitive masculine subjectivity.”

Carbon fiber is just carbon fiber.  In modern English, there is no grammatical gender like in Spanish or German.  The only one making carbon fiber “masculine” is this delusional author!

“Harder, faster, stronger and lighter, carbon fibre not only allows men to build more effective machines; it constitutes machines within which men can dominate other men in public forms of mediated intimacy.”

referring to Leftists’ attitudes, mostly from Tumblr, towards physical objects as to those objects being “tools of oppression” has been a running joke by me.  However, the author of this journal article has taken Poe’s Law and smacked it with a carbon fiber hose.

So, by denying one’s disability, and using carbon fiber tools to overcome those disabilities, not only did Pistorius contribute to oppressing people with disabilities by suggesting that a disability is something to correct, or at least ameliorate, but he gained unearned privilege and advantage by using his “Blade Runner” prostheses.

And of course, any talk about hegemonic masculinity can not be complete in an academic paper without talking about the fictitious “heterosexual matrix”.

“Heterosexual economies of misogyny that perform the socio-sexual dynamic that Judith Butler […]calls “the heterosexual matrix” articulate across surfaces of carbon fibre. In Gender Trouble Butler argues that in order for bodies to cohere and make sense socially there must be a “stable” sex expressed as a stable gender”.

This of course ignores the fact that human beings are a dimorphous  species considing for dudes who know that they are dudes who like chicks, and chicks who know they are chicks who like dudes.  But then everything to these academics has to be seen through the lens of oppressor vs. oppressed.

The author then seems to insinuate that carbon fiber was used to oppress Pistorius’ own disability, and thus magically through intersectionality, cause him stalk and kill his girlfriend.

“As suggested by the bicycle helmet advert, carbon fibre surfaces surely mirror or project the phallus in many instances. Surfaces are extensions of subjectivity and surfaces of carbon fibre are late modern masculinist or phallic surfaces.”

“While it seems to me that Singer’s eugenic call for the removal of infants with disabilities is rather extreme, in late modern society disability is also often being re-made or reproduced through the construction of disabling technologies.”

The “intersection” of “homosociality” and ableism is summed up thusly:

“Through carbon fibre, Pistorius shared the same surfaces as, and indeed became conceptually sutured to, non-disabled male athletes as his prosthetic limb ran alongside their fleshy feet on the surface of the Olympic track. Homosocial intimacy was mediated across the track and the carbon fibre blades”

So, rather than being associated with the oppressed, he utilized technology to overcome that disability so as to hob-nob with other oppressors, causing him to kill his girlfriend in order to cement his status as one of the oppressor class.

Sadly, this insane worldview is par for the course in modern academia.

This entry was posted in Education, Progressives and tagged Gender, Higher Ed, War on Women, WTF. Bookmark the permalink.

6 Responses to The Ultimate Tool of The Patriarchy? Carbon Fiber!