Somehow “expanding the tent” and “growing the base” includes purging dissenters:

“If they take over the state conventions and staff state and national parties with Trump supporters or those who are sympathetic to Trump, then they can continue making their consultant cash even after Trump goes down in flames in November. At the very least, they are going to try to use Republican hatred of Hillary to get as many Republicans as possible on the record in support of Trump so that they don’t look so bad as early adopters of Trumpism.

“That’s exactly how to understand this weekend’s fracas in Nebraska, which saw the Nebraska GOP convention issue what can only be understood as a rebuke to Ben Sasse. This was all orchestrated by Deb Fischer allies, some of whom were staffers for Ben Sasse’s primary opponents in his Senate race. These people don’t have an ideological dog in the fight at all – they are just trying to insure the future of their own political consulting career. And they see in the Trump ascendancy the opportunity to settle political scores along the way and shove rivals out of the way.”

A similar occurrence happened in Nevada.  The fringe Ron Paul types took advantage of Trump supporters to regain power of the Clark County (which contains Las Vegas and ) Central Committee, and now are planning of purging any dissenters from power.

Hypocritically, the new Chairman, who is now calling for unity, is the same man who threw a temper-tantrum at the 2012 RNC convention, as are his confederates, by voting for Ron Paul despite being pledged on the first vote for Romney. 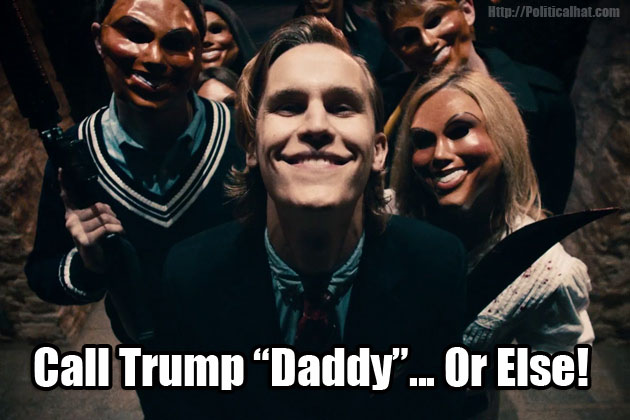 It’s not about “unity”.  It’s about power.  And the Trump supporters are being used by insiders to fight an intra-party civil war.

This entry was posted in Elections and tagged GOP. Bookmark the permalink.

One Response to The Party Purge