While there is much to be said about “helicopter” parents and the effect they have on their children who never learn to become functioning independent adults, a greater risk is the punishment of those parents who allow their children even an iota of independence by the Nanny state.

Oft referred to as “free range” parents, these parents have been increasingly punished for incrementally more narrowly defined “neglect”.  How narrow?  Children playing in their own fenced-in backyard with a parent keeping an eye on them from within their house.

“A Winnipeg woman says she was reported to and investigated by Child and Family Services simply for letting her children play in her backyard.

“Jacqui Kendrick, a stay-at-home mom, says a CFS worker showed up unexpectedly in early April, saying they had received a complaint about her children being unsupervised.

“Kendrick has three children ages two, five and 10, and says they often played in her fenced-in backyard after school.

“Kendrick says she’s either with them or watching them from her living room, though she says her oldest child also helps out by looking after her younger siblings.

“But she says because a file has been created, she’s worried that any future complaints could end up with her children being taken from her.”

This isn’t leaving a toddler alone for a week in a rat infested house.  This is not neglect.  The mother checked in periodically, and the older child looked after the younger child.  This is what used to be known as “growing up” where kids learned to be responsible and become a fully functional and independent adult.  That is probably why the Left and the Nanny State seem more than happy to punish “free range” families: The more “free range” kids who learn to be fully functioning and responsible, independent adults, the fewer dependent special little snowflakes who seek out belonging and to be taken care of by a substitute parent—be they college administrators or Leviathan itself. 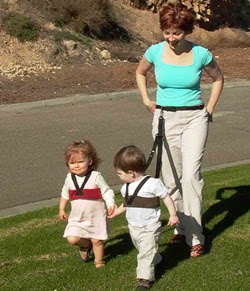 This is why the Left supports policies that destroy the Middle Class (while claiming to want to protect them).  The Left pushes welfare and subsidies so that people can “live the Middle Class lifestyle”.  But welfare is antithetical to the Middle Class.  The Middle Class is not defined by material goods or money, but by values: The values of self-sufficiency, discipline, hard-work, and the desire to stand-up on their own two feet and free and independent citizens.

The Progressive Left, as always, wants to mold the people, especially youth.  Here we see their carrot and stick: The carrot of the Nanny State, and the Stick of attacking “free range” parenting.

All societies can only survive upon a base of the people themselves; weaken that and society will not survive as such; it will mutate or collapse… or both.

This entry was posted in Progressives and tagged DOOM, Leviathan. Bookmark the permalink.