Twitter: Calls to Gang-Rape a Women is Totes Acceptable

No talent hack Azealia Banks called for Sarah Palin to be shaved bald like a NAZI’s French whore, and then gang raped by Black men.  Why?  A fake interview. 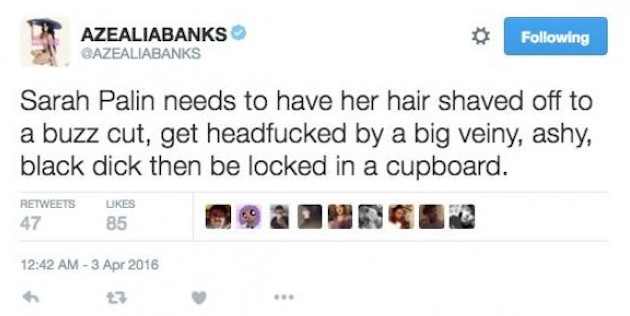 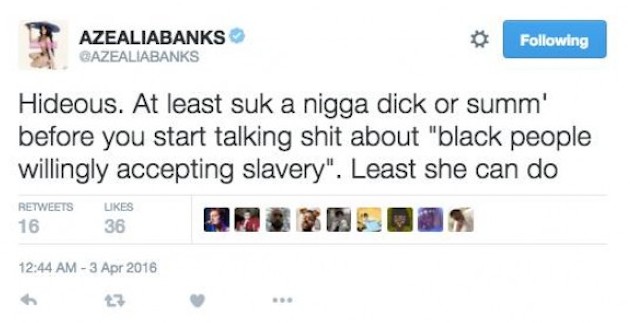 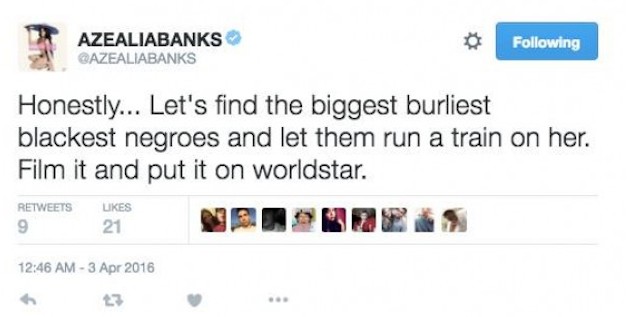 A call to violence by a violent hack?  Considering that the veritable Stacy McCain was permanently banned from twitter for the insidious crime of disagreeing with feminists, of course Twitter would take action against Banks, right?

Violent calls to gang rape are totes OK when it is aimed at a conservative.  On the flip side, simply disagreeing with Feminists is not.  Their standard is very clear: Conservatives, as well as anyone who is insufficiently toeing the hard Left line, are targetable, and anyone using Twitter against said conservatives will be protected.

Thankfully, there are alternatives.

This entry was posted in Progressives and tagged GOP, Social Justice, War on Women. Bookmark the permalink.