Looks like Feminists have suggested “8 daily feminist activities for boys“. 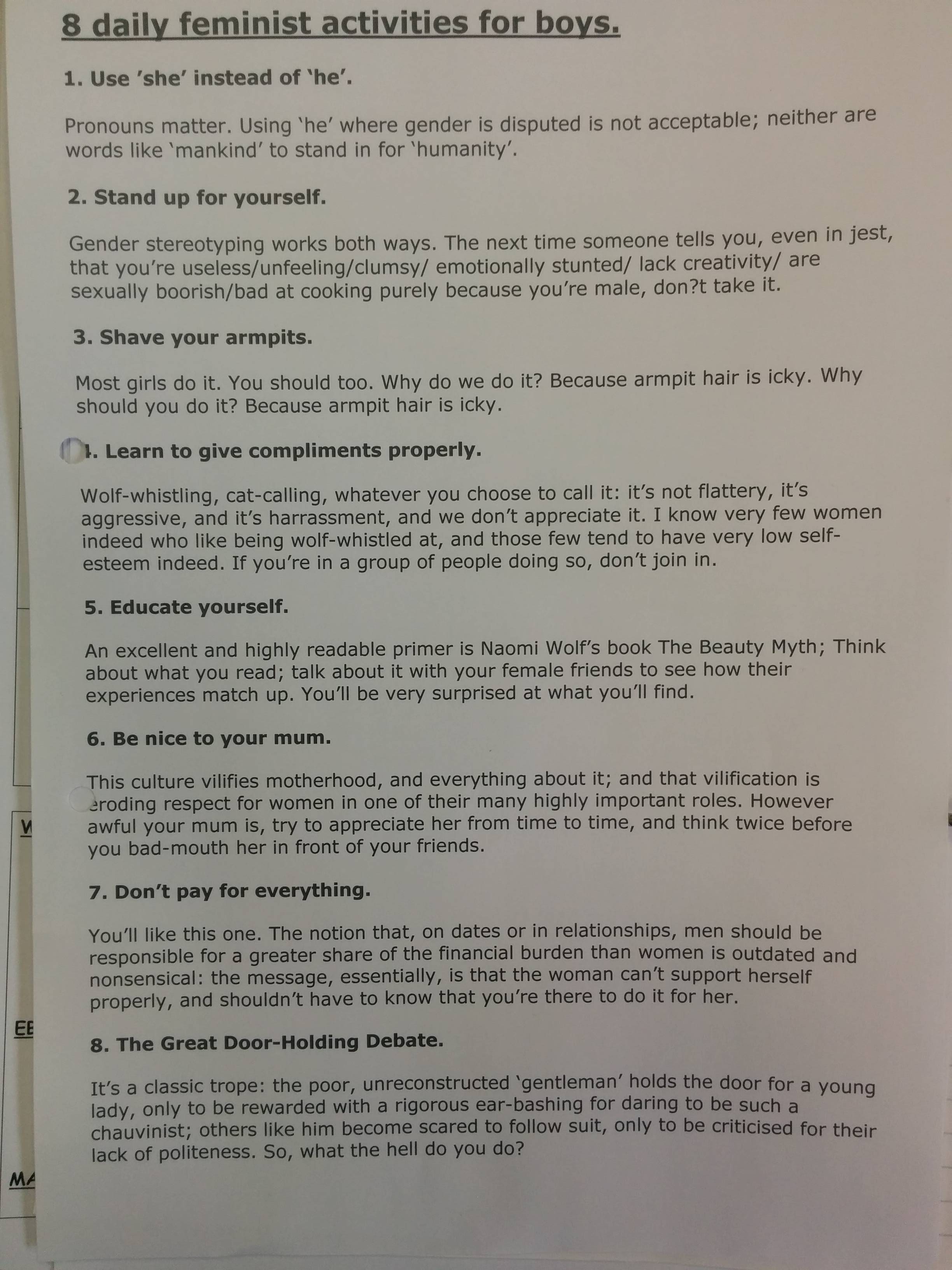 Let us take a gander at some of the “suggestions”

2.         I thought that boys standing up for themselves was a display of the eeevil male traits of individuality and comparativeness?

3.         Men don’t make women shave their arm pits, nor anywhere else.  Women do so to attract mates in order to be competative.

6.         Of course you should appreciate your mother!  Even if she is a homemaker and stay-at-home Mom who is married to your Father.

7.         Most women like it when men offer to pay for the meal during a date, and other assorted signs of not being a cheapskate douche bag.

8.         Hold the door open for them.  Just as you would a handicapped or elderly individual.  If a woman criticizes a man for it, it just means that that woman ain’t no lady.

Update: The list appears to be the same as a list put out by Feminist Laurie Penny. Whether it was created originally by Penny, or if she stole it, remains to be seen.

This entry was posted in Education, Progressives and tagged Gender, Social Justice, War on Women. Bookmark the permalink.