On The Cis Side of Trans

We are living in a society where you can not disparage someone for being “trans”, but we  can for someone being “not trans enough.”

“The winner of a national transgender beauty pageant has been stripped of her [his] title amid accusations she [he] was a drag queen and “not transgender enough”.

But six months on she [he] has had her title removed after organiser Rachael Bailey claimed she was shown footage of the model in boxer shorts.

The pageant runner branded Jai a ‘drag queen’ and accused her [him] of not living full-time as a woman.” 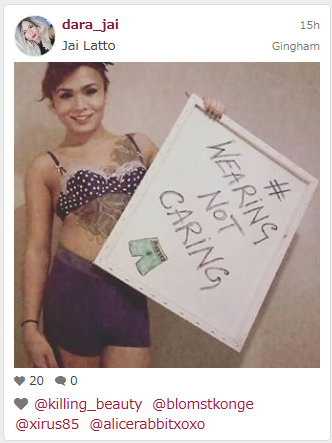 Isn’t “gendering” clothes a triggering micro-aggression?  An actual woman can wear boxer shorts and still be a woman, so how does merely wearing boxer shorts disprove gender dysphoria.

Perhaps this fellow was just on the “cis” side of “trans-ness”?

This entry was posted in Progressives and tagged Europe, War on Women. Bookmark the permalink.