Force Children to Call a Girl a Boy or GET FIRED

A daycare center in Houston, Texas, a city where an ordinance that would let men use women’s bathrooms, has fired two day care workers who refused to lie or to force other children to lie about a six-year old girl whose two male parents insisted be called a little boy:

“The two male parents of a six-year-old little girl told employees at the school to refer to their daughter as a boy, and to call her by a new masculine name. The little girl’s hair had also been cut like a boy’s.

“Kirksey told Breitbart Texas in an interview, that the problem was not so much with the transgender issue as it was with telling young children that the little girl was a boy when she was not, and with calling her “John” (not the name given) when that was not her name.

“Kirksey said that prior to this happening, she had been commended for the good work that she was doing at the school. After she refused to call the little girl by her new masculine name, and to tell the other children to do so, and to say that the little girl was a little boy, the daycare worker was written-up for alleged infractions that she did not believe were based in reality. She has worked at the school for over a year.” 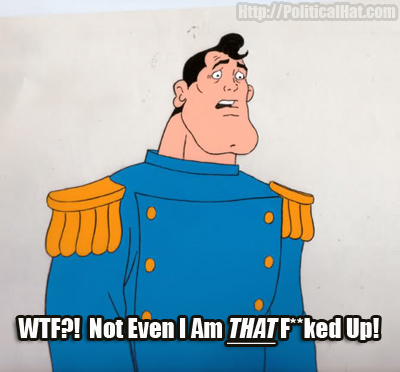 This isn’t about the right of an adult to pretend they are any gender they want.  This isn’t even the question of whether a gay couple pushing transgenderism with their daughter as the tool of Social Justice!!1!.  It is about forcing people to lie.  Their daughter is not a boy.  Other children should not be forced to acclaim that lie.  The teachers should not be forced to lie in order to keep their job.

This is not about freedom.  It is about the power to force one’s beliefs on others by threat and actual use of punishment.  Sure, the daycare workers can disagree… in their own home… in the closet.