A recently trending hashtag on Twitter was #MasculinitySoFragile.  While there is much to belittle said hashtag, the online rag The Frisky ran an article making fun of men using that hashtag.

Interestingly enough, the tweet they originally sent out included an image of a coffee cup that said “White Tears”.  Not “Male Tears,” but “White Tears.” 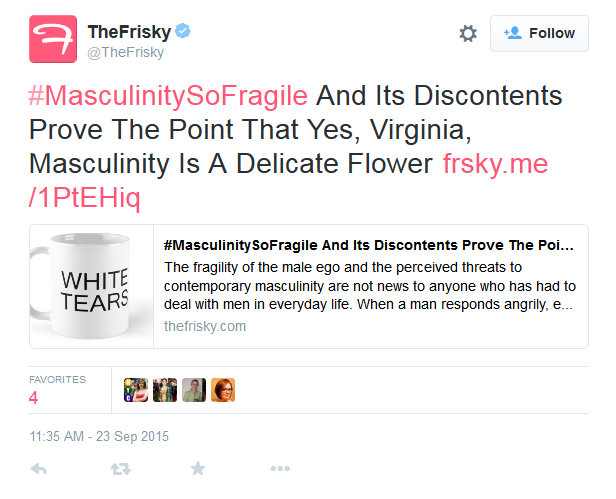 Was this just some innocent mix-up?  If so, why do they even have racially prejudicial images like that?  Perhaps it is simpler than that:  They believe in the “intersectionality” of “Kyriarchy.”

The Frisky are just a bunch of Progressive hacks who revel in H8ing on teh eeevil Kyriarchs and oppressors.

The Frisky did change the image… but screen captures are forever.