It’s Tough for Hillary! to be a Gangsta

Posted on September 5, 2015 by The Political Hat

It is clear that Hillary! Clinton is nowhere near the scam artist and confidence trickster as her accused-rapist husband.  She largely escaped the Benghazi scandal, but the sheer degree of illegality combined with utter hubris she has shown over her private servers and freely tossing about classified documents seems to have grown real legs. 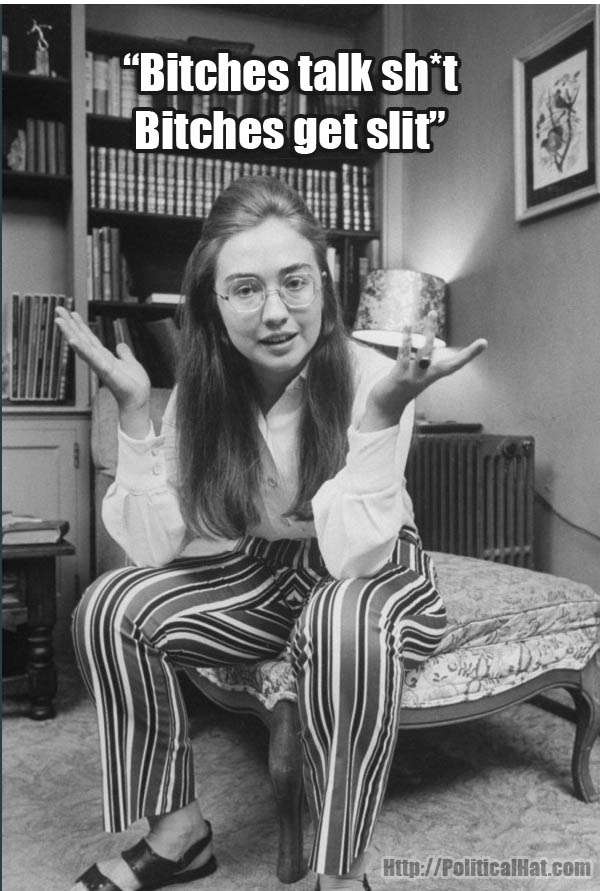 The scandal, though, has also revealed the seedy under-jowl-belly of Hillary! and Bill’s political machinations, such as conspiring to impeach Clarence Thomas (which is par for the course when it comes to their view’s on Blacks), though the belittlement of John Boehner probably ain’t all inaccurate…

Her hubris can be most easily seen by her staffers happily accepting illegal foreign campaign contributions.

As the veritable Ace of Spades noted, her entire approach to the law and to America’s security is… YOLO.

This entry was posted in Elections, Progressives and tagged Democrats, FAIL. Bookmark the permalink.