Reno Replaces American Flag with Flag of Their New Allegiance 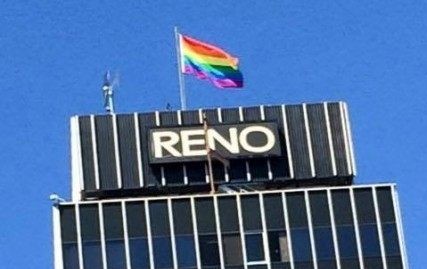 This is beyond disrespectful.  No government in America, be it Federal, state, or local should elevate any flag of any movement, political cause, or belief to supremacy of the Stars and Stripes, let alone replace it entirely.

But then, even Obama has demonstrated ideology trumps patriotism.