Shut Up, She Explained

What is a politically correct whipped whelp of a straight White male poet who concomitantly wants to write, but believes that there should be no poems from White males, and that writing from another perspecitve is “colonizing” and “appropriating another person’s experience”?

According to Elisa Gabbert over at “Electric Literature“, the answer is to Shut Up!

“Instead we should tell men to submit less. Pitch less. Especially white men. You are already over-represented.”

Oh, straight White males can continue writing, just as long as they keep it in the closet.

This, of course, assumes that straight White males, or anyone else for that matter, are capable of broader world views that are not constrained by hierarchical intersectionality of racial or sexual classifications.   It is an argument that everything that “þe olde DWMs (dead white males)” wrote about is oppressive and a reflection of that oppressive worldview, rather than an exploration of broader truths.

If you can not read Keats, Kipling, or Coleridge without seeing the greater art and beauty that they have created, then you have no business lecturing anyone about poetry. 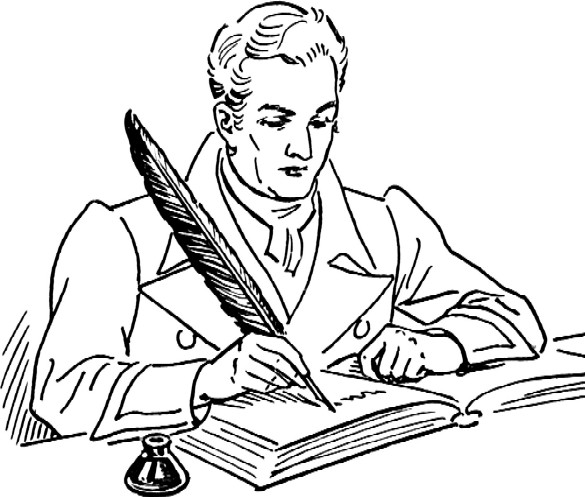 The only solution becomes the suppression of new, and old, poets and writers who just happen to be straight White males or the dreaded DWMs, and relegating all beauty, art, and incite they had to a marginalized and eschewed place in history.

Perhaps the problem isn’t a cabal of straight White men dismissing consciously, or subconsciously, all “PoC,” LGBTQ&c., and female voices in order to defend an “unearned privilege” a la some tin-foil hat conspiracy of “Kyriarchy.”  Maybe, juuust maybe, the problem is that so many non-straight White males are taking up Elisa Gabbert’s world view and writing from some narrow viewpoint and worldview that most people just don’t give a rat’s patoot about.

To whit: People should write if they want to write, and feel free to write whatever they want.  In this age of the internet and of self-publishing, you can put out whatever you like, and if people like it, they will buy it, or if they don’t, they won’t.

And now, some poetry by a DWM:

5 Responses to Shut Up, She Explained